* You're invited to be part of this historic nationwide renewal!*

*Visit "Once Again" now and sign up to RSVP for Tuesday's livestream launch.* [ [link removed] ]

RootsAction is partnering with two other groups -- The People for Bernie and Progressive Democrats of America -- to make this happen. While corporate interests and wealthy elites routinely impose inhumane priorities with their undemocratic power, only intensive grassroots organizing can enable genuine democracy to flower.

*In the midst of a pandemic that is causing enormous human suffering due to systemic injustice, the political programs long championed by Bernie Sanders are more needed than ever.* We can -- and we must -- carry on this fight.

It's a fight that the Once Again campaign will insist must include *a full commitment to Medicare for All, a Green New Deal, canceling student debt, and ending the wars*.

Once Again will work to build support for Bernie Sanders in upcoming primaries, in order to reach the threshold of 25 percent of delegates required to bring proposals about the party rules and platform to the entire Democratic National Convention. Together, we can do it! 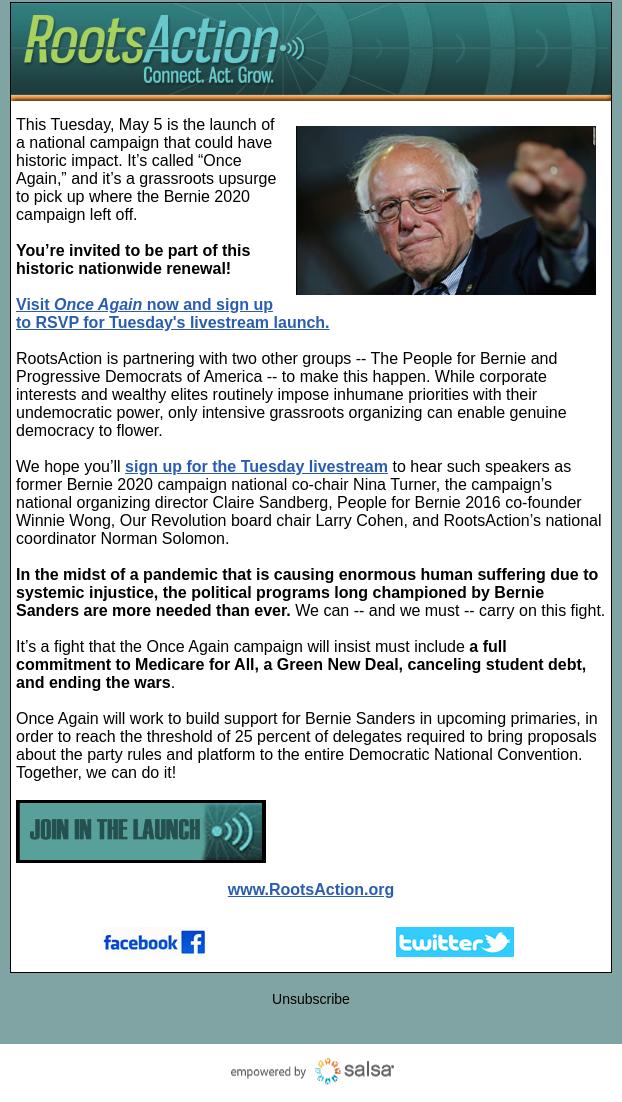