Well, Marjorie Taylor Greene’s Democratic opponent, Marcus Flowers, has a message about that:

It’s great that the Trump family is being held accountable for their myriad of abuses - but the truth is Marjorie Taylor Greene is no better. Let’s recap just some of the fraud Greene has committed:

- She openly tried to overturn the 2020 election.

- She used campaign funds to buy a luxury SUV.

- She took out a PPP loan, only to have it forgiven - then ripped Biden’s student debt forgiveness plan.

- She (fraudulently) claimed multiple tax exemptions on her house.

And there’s so, so much more….

Marjorie Taylor Greene’s fraud is unbecoming of the office that she holds.

That’s why we must do everything we can to defeat her in 2022.

Will you help end Marjorie Taylor Greene’s tenure of terror by rushing a donation to the Marcus Flowers campaign TODAY? <[link removed]>

Paid for by Marcus for Georgia 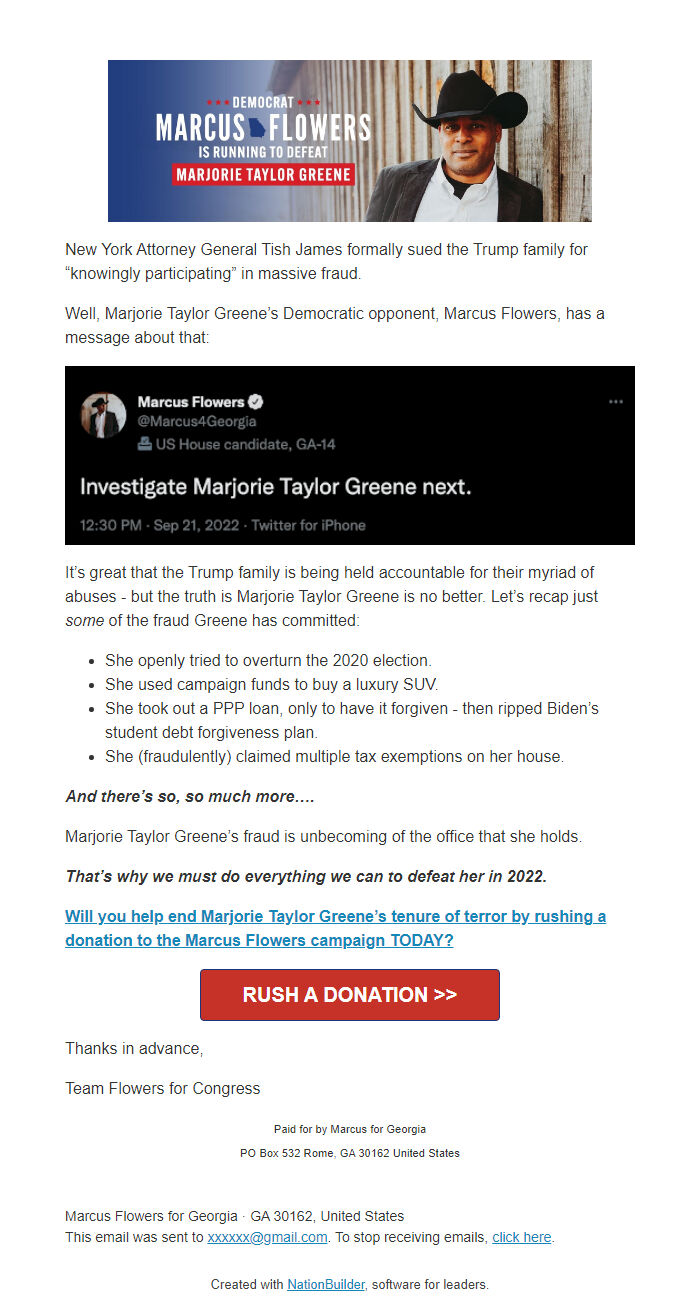