This one has us concerned

Kevin McCarthy and the GOP raised $124 MILLION to elect their right-wing candidates in states across the country – and they're raking in millions more this year.

Kevin McCarthy himself said PA-06 is one of the top races the GOP needs to flip, so you can bet they'll be spending that money on their top targets – and Chrissy is one of them.

Chrissy's extremist opponent and his Republican allies will do anything to flip this seat red and take our district backward, which is why they’re ready to spend millions to attack her campaign. This won't be easy, but with your support, we can keep PA-06 blue.

From lowering costs to protecting women’s bodily autonomy, we need empathetic leaders like Chrissy who will fight for Pennsylvanians. It's what she's done the last four years as a congresswoman, and it's what she plans to continue doing.

Thank you for your support.

Emails are a crucial way for us to stay in touch with our top supporters; however, we understand if you need a break from political emails right now. If you'd like to pause emails for the next few weeks, you can click here: [link removed]

Chrissy is a former Captain in the United States Air Force. Use of her military rank, job titles, and photographs in uniform does not imply endorsement by the Department of Defense or Department of the Air Force. 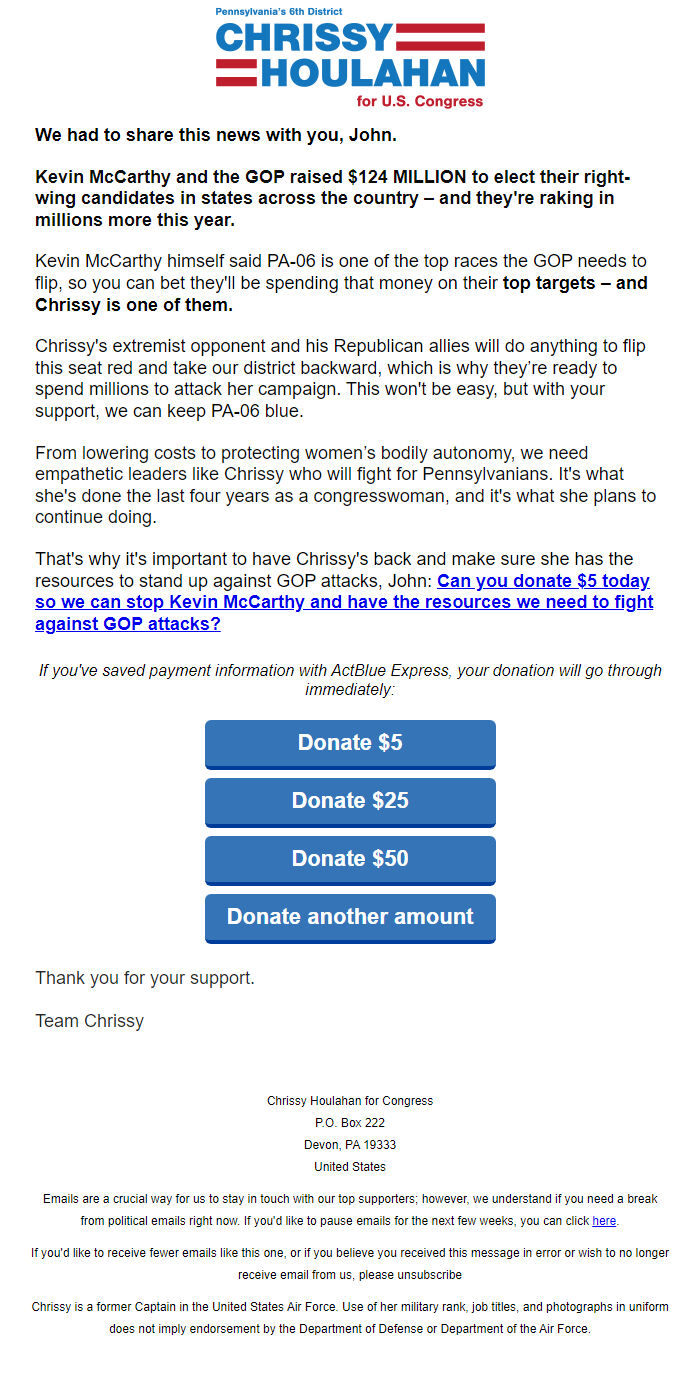