We are So Close!

We are less than two weeks away from Election Day! Together, we have worked so hard, and it is paying off.

Thank you, and let's Build One Houston, 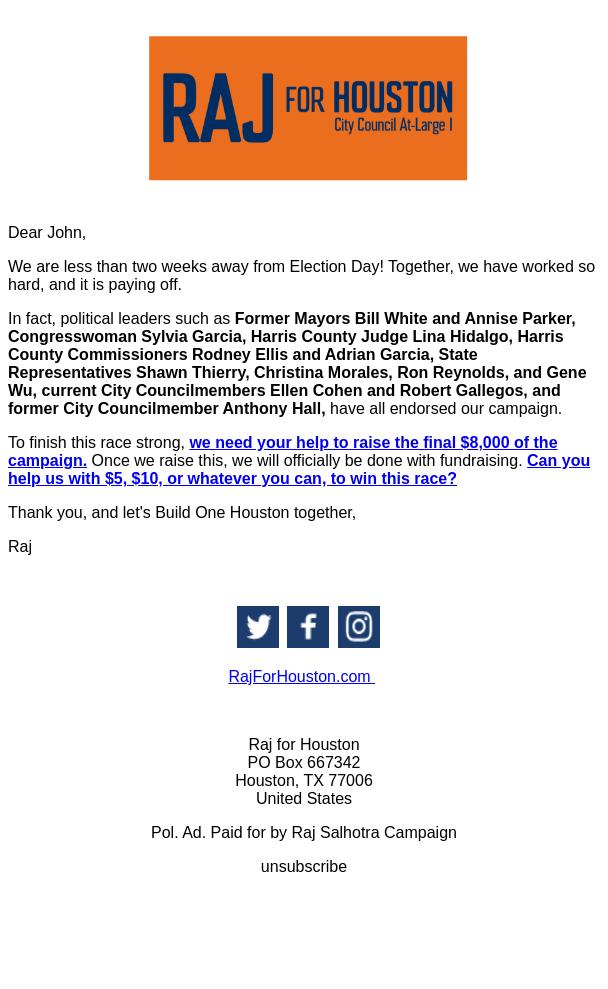