CNN dropped a BIG article about the top 10 Senate seats most likely to flip in November 2022.

Guess which state was ranked #1?

Believe it or not, team, this is the fourth consecutive time that PA was ranked as the single-most important Senate seat to flip in 2022.

That’s why it’s absolutely critical that we raise as much money as possible to show that John Fetterman is the candidate who can win in this tough and expensive general election against his Republican opponent.

If you’re in a place to do so, will you split a donation right now bewteen John Fetterman for U.S. Senate and Gary Peters? This isn’t your average Senate race, and if you make a contribution to our campaign, you’ll become a Founding Donor on our grassroots team.

This is really big news for our 67-County grassroots campaign. Let's seize this momentum and win this thing!

P.S. The #1 Most Likely to Flip seat in America is going to need a LOT of support – and we're especially looking for a surge of support now that John is the official Democratic nominee. Click here to split a donation between John Fetterman for U.S. Senate and Gary Peters. Any amount you give today will have an immediate impact on the campaign work we can fund this month.

Paid for by Peters for Michigan 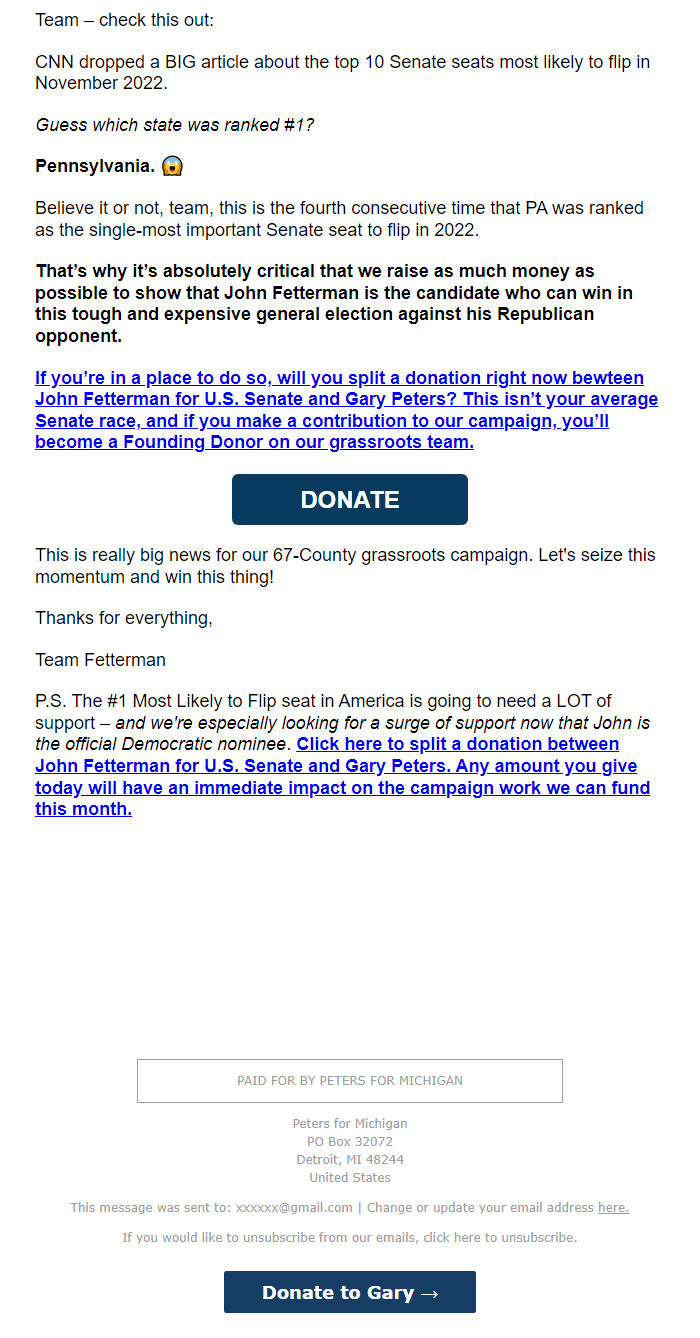