If you knew contributing $3 would mean the Senate had the 50 votes it needs to bypass the filibuster, wouldn’t you give it right away?

If you donating just $3 meant we’d have the votes to expand voting rights, fight climate change, and make our communities safer from gun violence wouldn’t it be the best $3 you ever spent?

That’s the donation we’re asking you to split between Democratic nominees for U.S. Senate Cheri Beasley (NC) and John Fetterman (PA), both of whom won their primaries last night.

Now we know $3 doesn’t seem like the kind of money that can get past the filibuster and usher in the change we need… but right now thousands and thousands of people like you are chipping in to those campaigns.

And now they hope you’ll do the same. So please:

Split a $3 contribution between Cheri Beasley, John Fetterman and Ruben Gallego’s re-election campaign today. Especially today. We would not ask if this were not so important.

If Senator Sinema won’t vote to bypass the filibuster, then we need to elect a Senate that will. 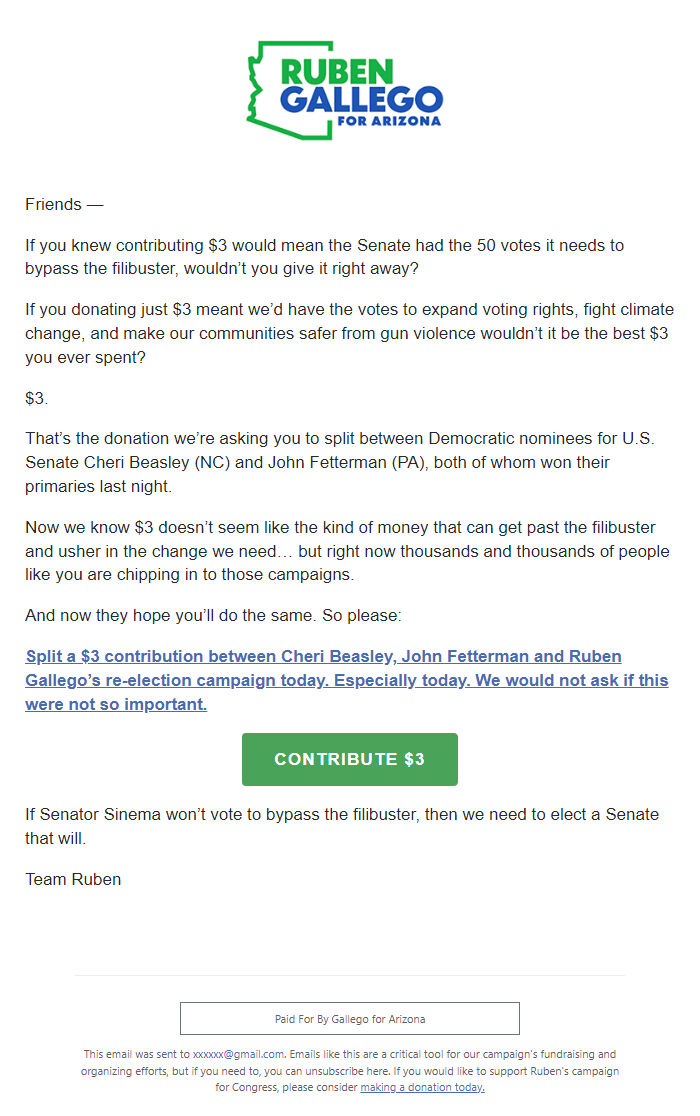