They tore Parler from the internet.

And they’re even silencing everyday Americans.

It seems Big Tech is intent on turning the whole internet woke.

And muzzling anyone with a patriotic opinion.

But do they have an even more sinister agenda?

The Committee on Homeland Security recently declassified a shocking report.

This reveals Big Tech could be doing way more than demolishing the First Amendment.

It seems they’re actually withholding lifesaving information from you and I.

A disastrous attack on patriots is imminent.

And I’m not talking about a head cold invented by the powers that be.

I’m talking about a single catastrophic event that will target American patriots.

It could make every single patriot an outcast from society, scrambling to survive.

Many of us could die in the wake of this event.

And, if reports are correct, this event could happen within weeks.

But if you search the internet or social media for warnings I’m almost certain you won’t find anything.

That’s why I’m sending this alert.

Because one brave patriot has found a way around Big Tech's censorship.

He’s created a short video exposing the truth about this upcoming attack.

But since this message runs on their systems, it could be blocked at any moment.

That’s why I urge you to watch his short video to protect yourself and your family.

Then tell everyone you know about this. 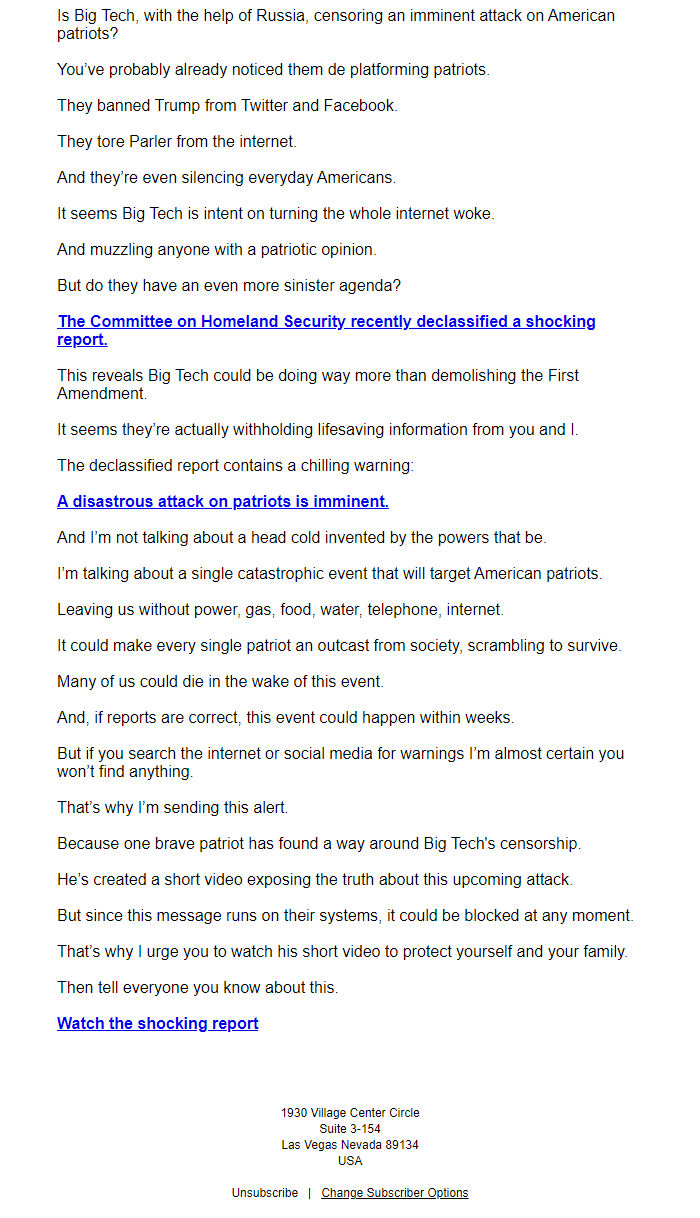