You need to understand: This means Catherine Cortez Masto’s race just became the most important Senate race in my lifetime. If she loses, McConnell will retake the Senate and you can kiss your RIGHT TO PRIVACY good-bye! He’ll pass a federal law punishing women in every corner of this country – from coast to coast!

I know for a fact Catherine is the most vulnerable Democratic senator in the entire country. So I'm terrified down to my bones that Catherine is 3 points behind her extremist opponent who is celebrating the end of Roe. Especially because Mitch McConnell’s super PAC just unleashed another $15 MILLION in attack ads to destroy Catherine’s campaign.

So please join me and split a donation of $25 between Debbie Stabenow and Catherine in this make-or-break moment! Catherine needs our help NOW to defend our Senate majority and save Roe before it’s too late! 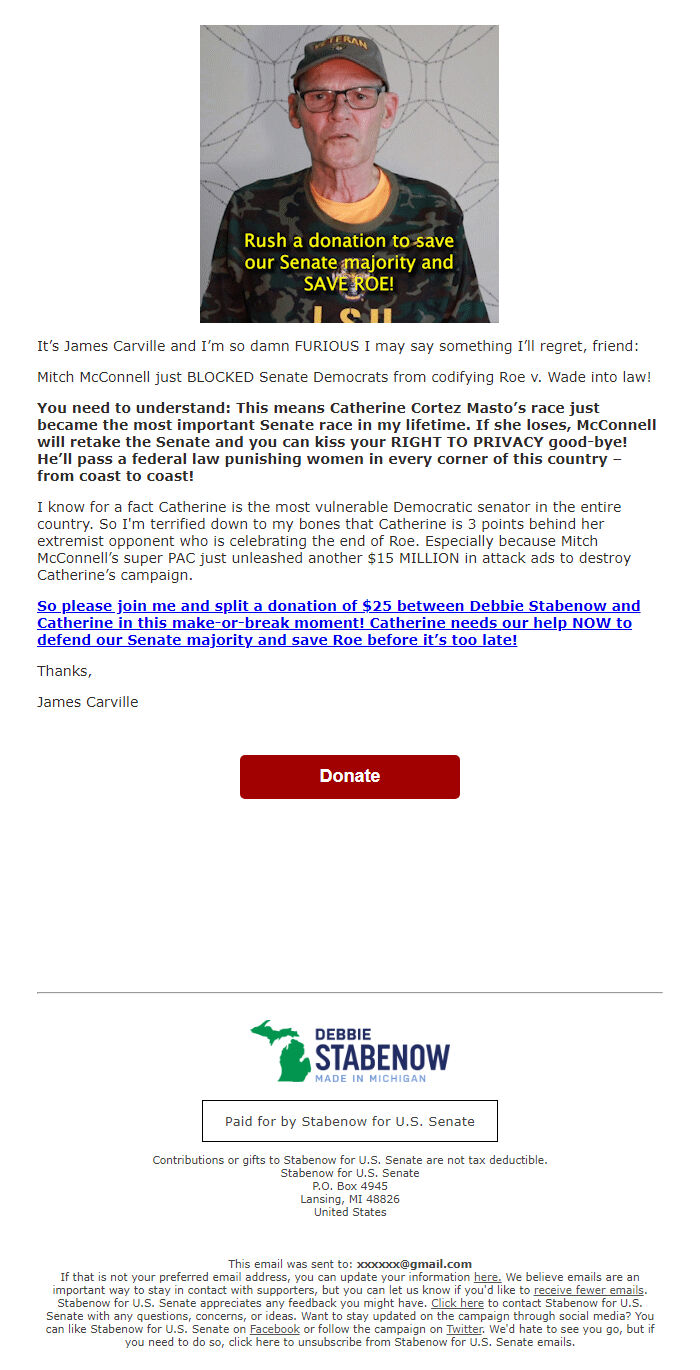