Why does Senator Sinema trust Mitch McConnell to keep his word?

Do you believe for a single moment that if a Republican is president and Republicans control the House and Senate that Mitch McConnell won’t change the filibuster rules and pass a bill criminalizing abortion?

Do you think for one second they would fight tooth and nail, spend hundreds of millions of dollars to remake the judiciary and stop here?

Senator Sinema says she won’t vote to change filibuster rules because she doesn’t want to deepen the “disease of division.”

But this isn’t a “both sides” question. National Republicans are increasingly an anti-choice, anti-science, anti-democracy party. And it’s not as if they will temper those impulses if they get power again.

Sign our petition: tell Senator Kyrsten Sinema it’s time for her to support changing the Senator’s filibuster rules. There is too much at stake in the most important debates of our time.

We have to keep the pressure on here. 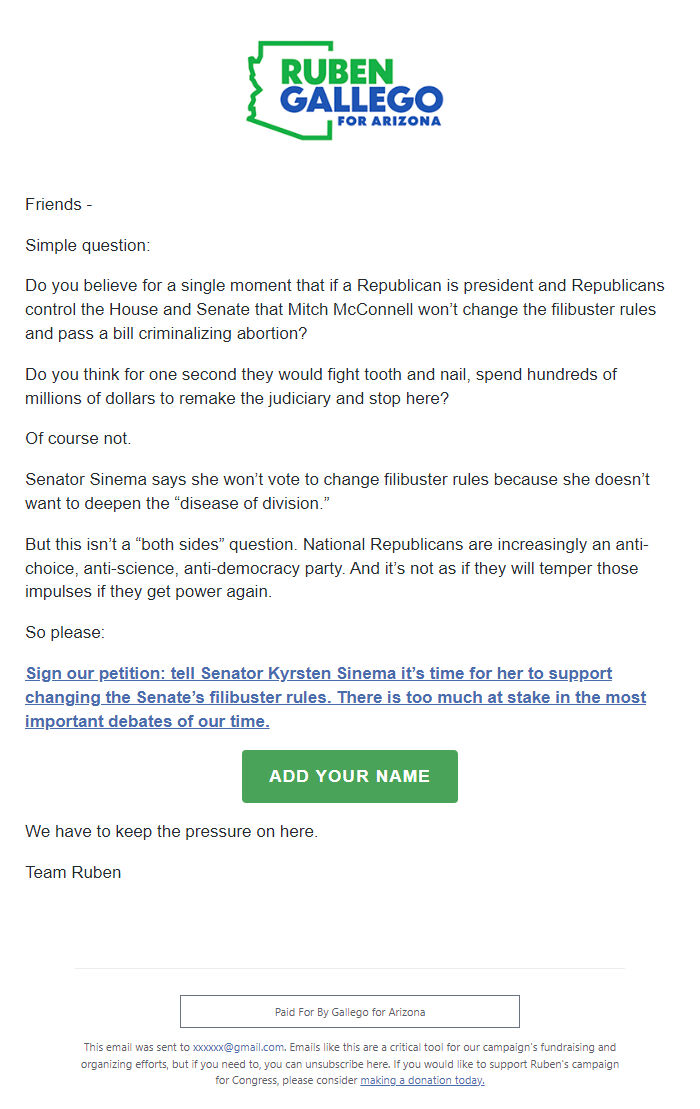