When I heard last night’s news that the Supreme Court plans to overturn
Roe v. Wade, I felt a deep sense of anger and sadness. This is a terrible
setback, and I can’t believe my kids will live in a country where they
have less rights than I or my mother did.

Justice Alito writes that Roe v. Wade should be overturned because
attitudes about unmarried, pregnant women have changed. As a single mom,
it’s clear to me that he does not understand what it’s like to be a single
parent.

The court’s draft decision is an assault on our freedom not just to bodily
autonomy, but to economic security as well. But this isn’t the end of the
fight. Congress has the ability to codify the right to an abortion. We’ve
already passed that legislation here in the House. Now, I hope my
colleagues in the Senate will do the right thing and pass it into law.

I’ll do everything I can to protect Americans’ right to a safe and legal
abortion. Thanks for being in this fight with me. 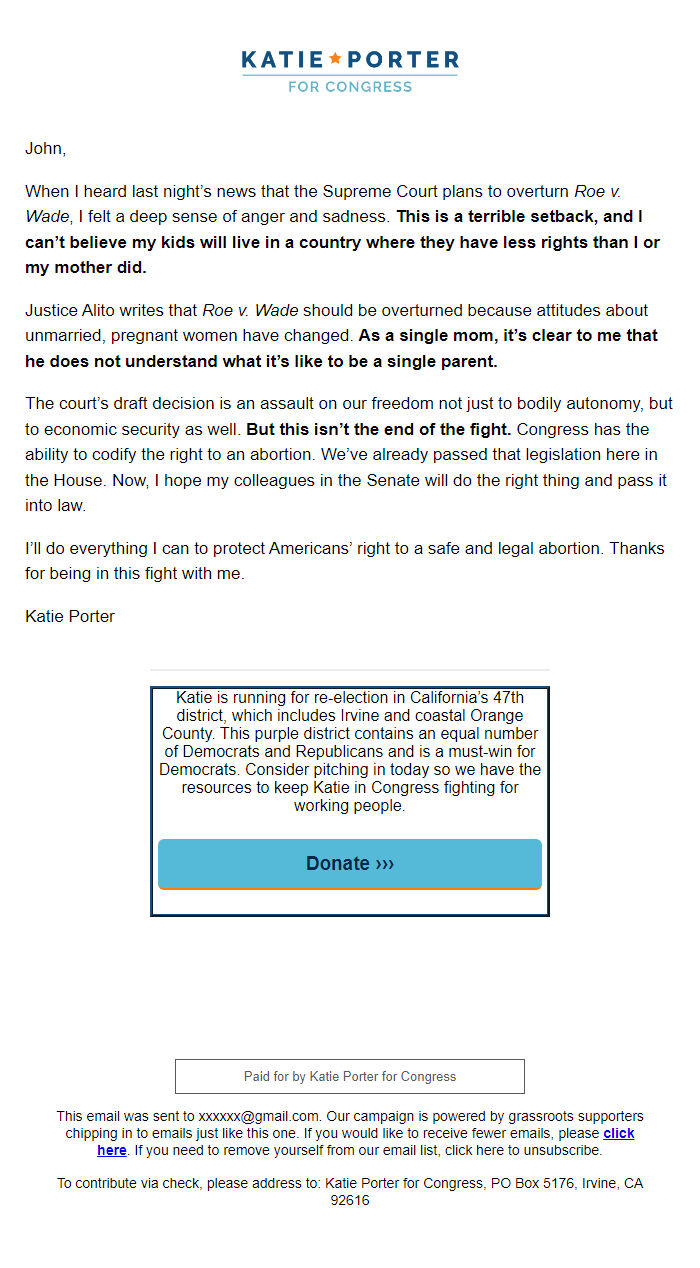