If last night’s Supreme Court news is true — and I hope it isn’t — Congress must act immediately to codify Roe v. Wade protections as the law of the land.

And there’s no sense in beating around the bush about it:

No filibuster by any Senator, and especially Senator Sinema, should stop it.

Arizona is one of those states severely at risk if Roe v. Wade is overturned. Not only did Arizona recently pass a ban modeled after the Mississippi law the draft opinion in the news is about, but there is a law on the books since the early 1960s that bans abortion.

So this morning I need you to make your voice heard:

Tell Congress — and Senator Sinema — it’s time to pass legislation codifying Roe v. Wade as the law of the land and no filibuster by ANY Senator should stop it.

Women, not politicians, should control their bodies. Period. 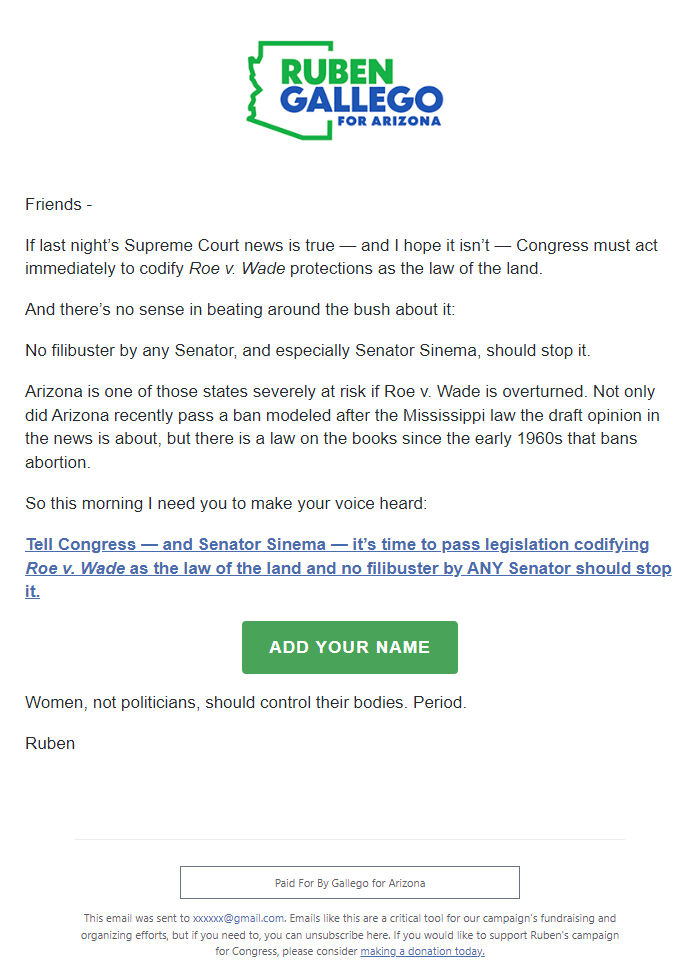