When I first decided to run for Congress, I wasn’t sure what to expect.

When I first decided to run for Congress, I wasn’t sure what to expect.

Sure, I knew I had some friends that would be willing to chip in some money, but fundraising was definitely a top concern of mine.

The first donation came shortly after our launch. It was $50 from a communications professional named Nina in Tucson. Literally nine minutes later, a student from Phoenix gave $50 more. That day, 27 Arizonans contributed online: teachers, a graphic designer and even a University of Arizona scientist.

From there, we were off. Just look at the tens of thousands of Arizonans who have contributed to my campaigns since that day: 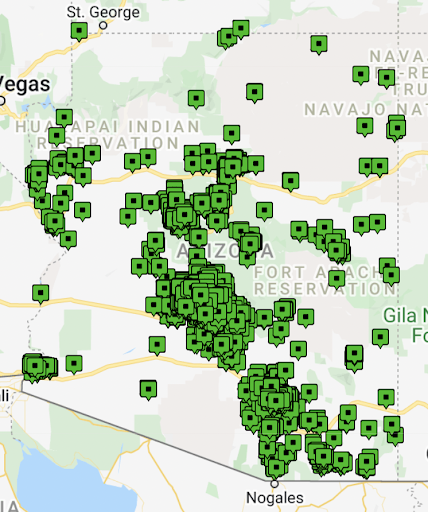 Believe me, I never could have imagined this while I was making hotdogs and filling out college applications at my job in high school. I couldn’t be more proud of how we raise our money.

And the truth is, it’s support from people like you who make this kind of outreach, and my victories, possible.

Every donation we get allows me to reach more Arizonans, which in turn leads to more donations, which expands our reach further. It’s a cycle. And that is why the emails where I ask for contributions are so important.

So today, I am asking:

Can you please make a $3 contribution to my re-election campaign today? My success is our shared success, because it would not be possible without support from people like you.

Paid For By Gallego for Arizona

This email was sent to [email protected]. Emails like this are a critical tool for our campaign's fundraising and organizing efforts, but if you need to, you can unsubscribe here. If you would like to support Ruben's campaign for Congress, please consider making a donation today.