Sign my petition urging the Department of Justice to address insider threats to our elections from people who deny the results of the 2020 elections and seek to influence the outcome of future elections.

All across the country, far-right activists are running or are being recruited to run for newly vacated state and local election posts with the power to directly influence the results of future elections.

Here is the truth:

National Republican leaders have long-abandoned the notion that their ideas were popular enough to win free and fair elections at the ballot box.

That’s why they work so hard to allow the wealthy and powerful to buy our elections.

That’s why they gerrymander and try to make it harder for people to vote.

That’s why in the final months of the 2020 election, Donald Trump’s plan to win the election did not center around persuading voters — it centered around the levers of power that oversee elections.

So I have joined with a number of my colleagues to urge the Department of Justice to address these threats to include:

-Deploying nonpartisan election monitors to safeguard the integrity of election results, including against insider threats, and;

-Work with states to investigate illegal conduct that poses threats to disrupt the fair and accurate counting of votes.

Today, I’m hoping you’ll add your voice to mine on this issue:

Sign my petition urging the Department of Justice to address insider threats to our elections from people who deny the results of the 2020 elections and seek to influence the outcome of future elections.

Trying to overturn election results is something dictators do. The DOJ should be working to make sure it never happens here in the United States.

If you believe you received this message in error or wish to no longer receive email from us, you can unsubscribe: [link removed] , but we'd be very sorry to see you go. 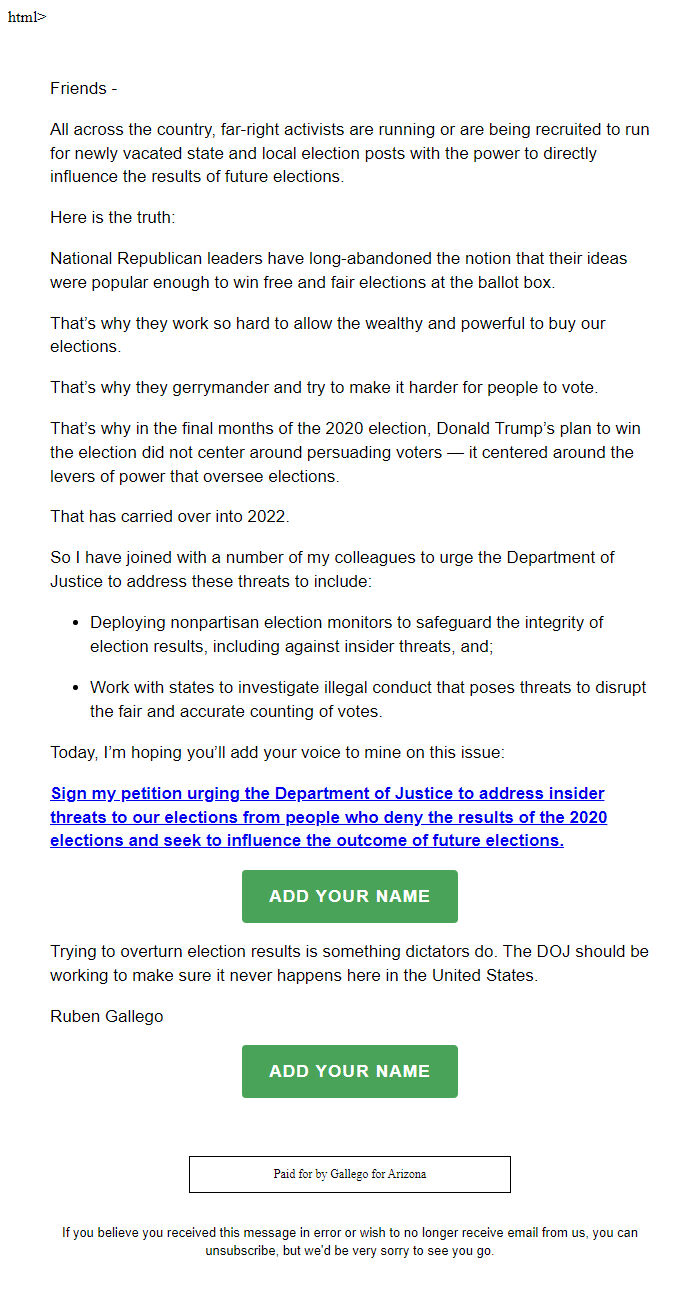