Katie’s race is one of the GOP’s top targets in California.

While our state may be blue, our district here in traditionally red Orange
County is a toss-up. Democratic Governor Gavin Newsom comfortably won the
state in September’s recall. But when you break down the data, he only
carried Katie’s district by a single percentage point.

This district has an equal number of registered Democrats and Republicans,
so earning the votes of swing voters will be key.

Democrats hold the House majority by just a few seats, the slimmest
majority either party has had in twenty years.

[ [link removed] ]Can you donate today to help us re-elect Katie and hold the House
majority? 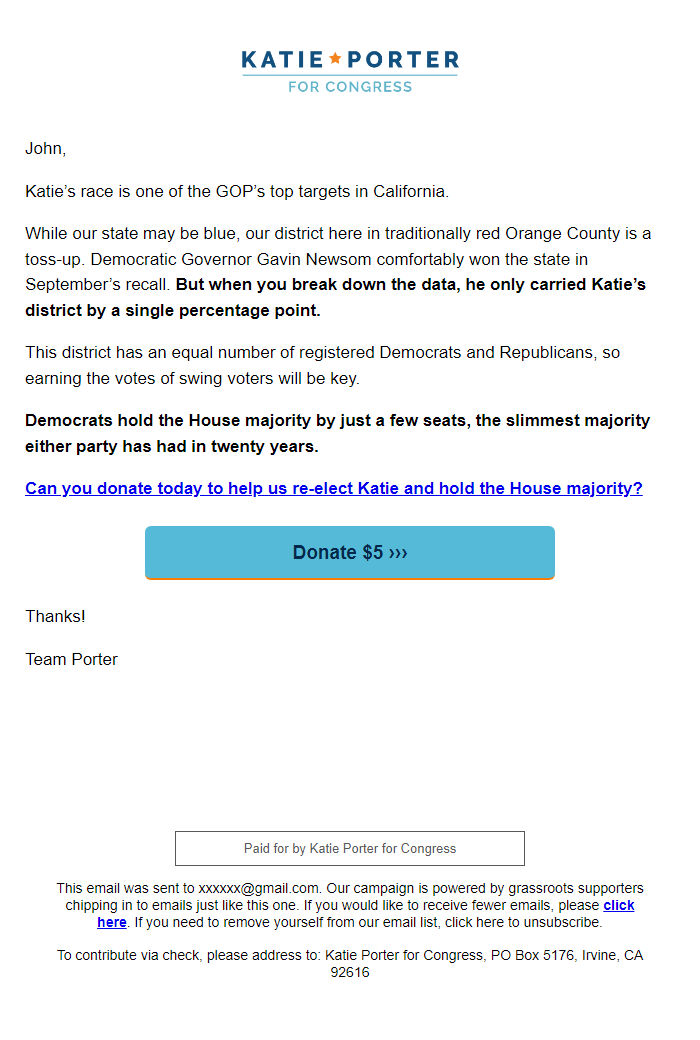