We defeated the worst gerrymandering in America.

This is a win for Democracy.

I just signed new, fairer congressional maps for Maryland after we defeated
the worst gerrymandered districts in America.

Partisan political players attempted to rig the system and draw
unconstitutional maps in favor of Democrats, but we defeated them.

This is the first Democratic map in the country that has been thrown out. It
is a historic win in Maryland.We can and we must spread this success across the
country.
<[link removed]>

I believe ALL Americans have the right to free and fair elections, but we have
to fight for it. Voters should be the ones who choose their representatives...
not the other way around.
Join An America United >> Donate Now
<[link removed]>
Unconstitutional practices like gerrymandering are dangerous to our democracy.
We need leaders who will stand up for what is right to build faith in our
system rather than political division.

If we can make it happen in Maryland over and over again, we can help make it
happen anywhere.

Our hope is that the model of leadership that went into protecting Maryland's
elections will help end gerrymandering across the country. 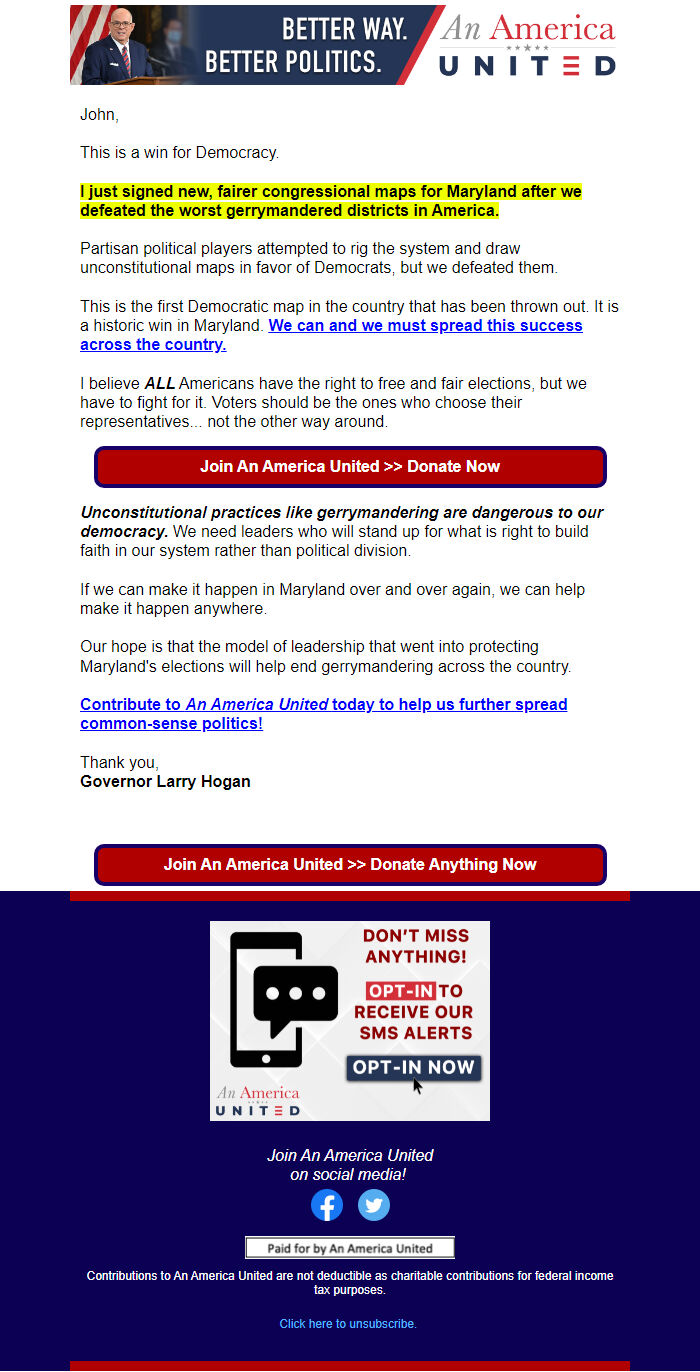