I am shocked by the absolute absurdity of Sens. Sinema, Manchin and the entire GOP. They talk about the filibuster as if it's some tool of civility or compromise when the GOP is actively exploiting it to block legislation that would protect our most fundamental, cherished right – the right to vote.

Let's be honest with ourselves here: The Senate is broken. When I served in the House, I watched as countless bipartisan bills that would move our country forward died in McConnell's Senate time and time again. Now, Democrats technically have control, but two senators used their powers to join Republicans in obstructing policies that the vast majority of Americans support.

I won't mince words, I don't know what compelled Sens. Sinema and Manchin to serve in Congress, but I do know that they refuse to do anything – anything at all – for working families like the one that I grew up in.I don't know if they forgot where they came from or who they're there to fight for.

But I do know that I'm done with having our entire Democratic agenda rest in the hands of two people. It's time that we expand our Senate majority. Now, with Sen. Grassley facing record-low approval ratings, we've got a real chance to do it right here in Iowa.

John, you have my word: Send me to the Senate, and I will be the 50th vote we need to reform the filibuster. I'll fight tooth and nail to protect voting rights, raise the federal minimum wage, and pass the PRO Act to strengthen workers' rights and our unions.

I know days like this can be frustrating and hard. So thank you so much for standing with me and fighting today. 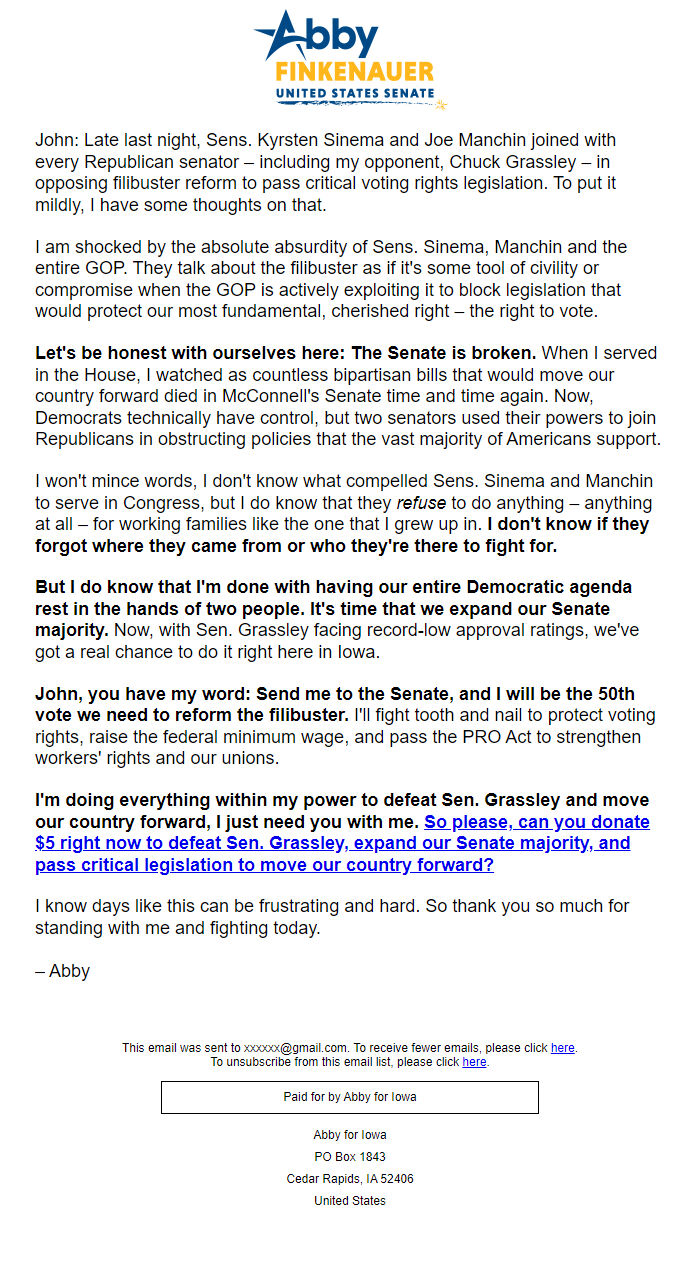