Then, earlier this week, reports surfaced that senators have entered bipartisan talks on critical voting rights and election measures – but Sen. Grassley isn't one of them. He doesn’t have the courage to put country over party and protect our democracy. Instead, he's called legislation to protect voting rights a "very bad thing" and has fought against Democrats' attempts to end GOP-led voter suppression at every turn.

It's time for Sen. Grassley to go, and it's time for us to elect leaders like Abby – who will do whatever is necessary to protect our right to vote and defend our democracy, including reforming the filibuster.

But Sen. Grassley and his Republican cronies have made it clear they will do anything to cling to power – and the GOP has already raised $30 MILLION to take back the Senate and defeat challengers like Abby. That's why tonight, Abby is counting on grassroots supporters like you to meet her emergency $15,000 goal before her midnight deadline.

Please, can you donate whatever you can right now to defend our democracy and protect our Democratic Senate majority?
[link removed]

Thank you for standing with Abby and fighting for our democracy. 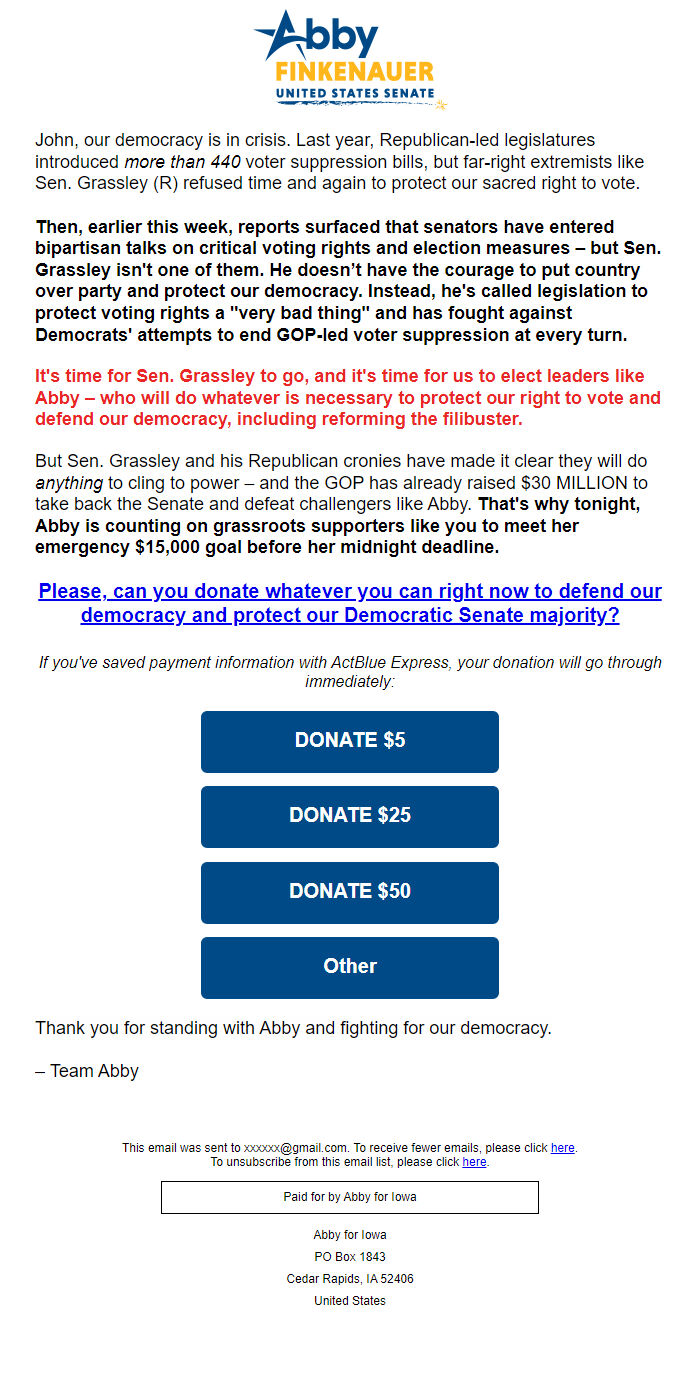