You’d think we wouldn’t have a problem

After Virginia rebuked Donald Trump by a double-digit margin last year, you’d think beating a Trump acolyte like Glenn Youngkin would be no problem.

But a recent poll from a top-rated 538 pollster is showing a 46-46 tie and Virginia was just rated a TOSS-UP by The Cook Political Report . It’s more troubling evidence that the Virginia governor's race will be close all the way until Election Day.

If we want to break this tie and help Terry win, we’re going to need a massive surge of grassroots support — in fact, we need to build the largest grassroots team Virginia has ever seen.

Are you in? Make a donation of whatever amount makes sense for you today to the Democratic Party of Virginia to help us pull ahead of our extreme right-wing opponent:

Thanks for all you do, 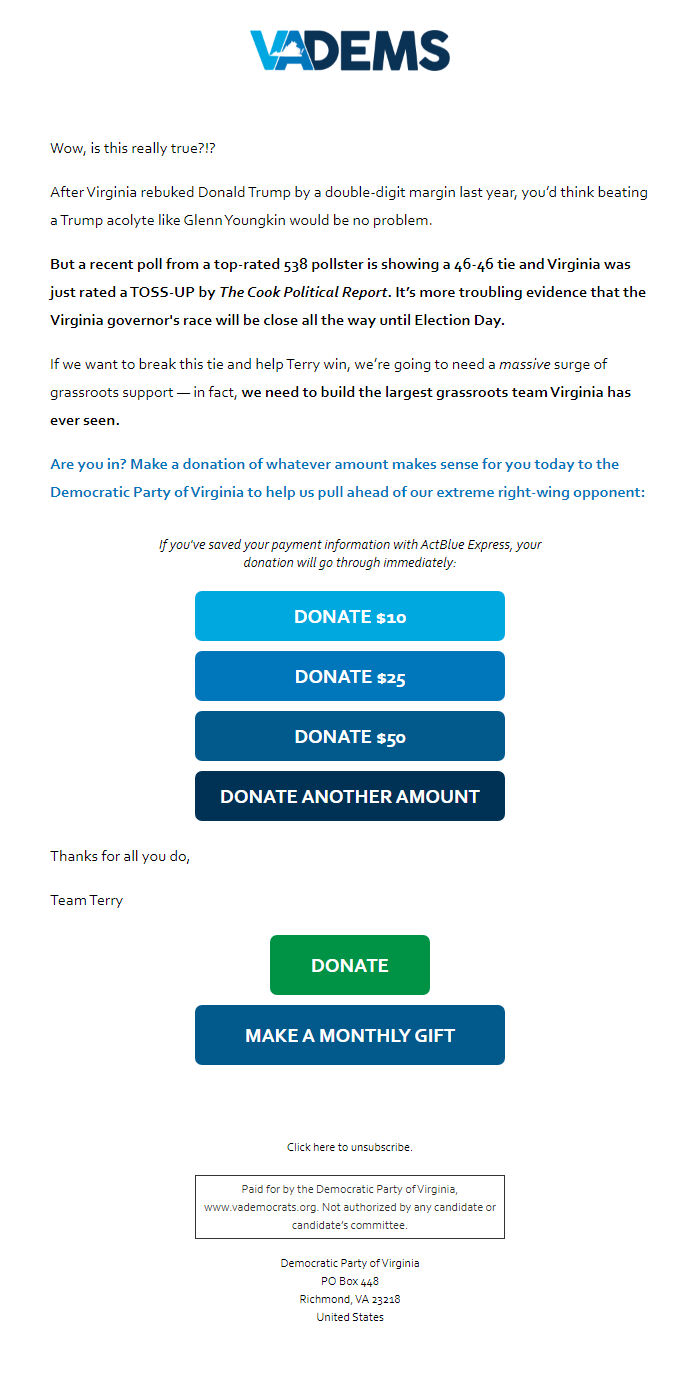