toss-up of the year

Polls have put Virginia as the toss-up of the year. We keep seeing one close poll after another and honestly... we’re worried .

Most of the polling shows a dead even race. In one recent poll, Youngkin is actually ahead by two points! One poll this close could be a fluke, two polls could be a coincidence, but these close polls just keep coming.

We can’t let Glenn Youngkin outpace us, he’s already outraising us. Chip in $25 now so we don’t lose our momentum.

With your help, we can still turn this thing around. 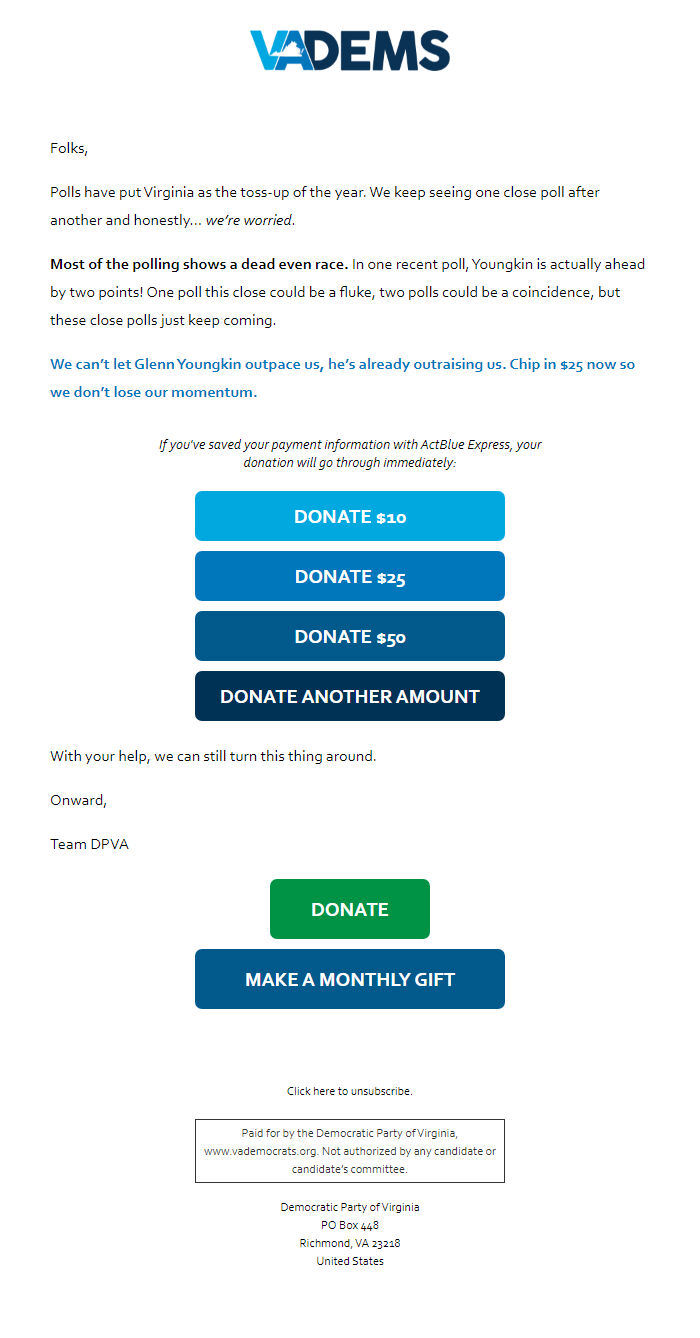