I just wrapped up on MSNBC

You see, Sen. Grassley defended former President Trump's attempts to use his DOJ to overturn the 2020 election results, a move that only emboldens extremists. Today, right-wing protesters once again descended on our Capitol in support of the insurrection that happened on Jan. 6. Sen. Grassley voted against a bipartisan commission to investigate that insurrection and hold those who wronged our democracy accountable.

Hardworking families deserve a senator who’s going to fight to protect our democracy – not spread baseless conspiracy theories and double down on their defense of Trump, like Sen. Grassley. It's no surprise that only 27% of Iowans want to reelect him for an eighth term in the U.S. Senate.

Iowa is ready for and deserves new leadership – and I have every intention of defeating Sen. Grassley. But I simply cannot win without your grassroots support.  Can you pitch in $5 – whatever you can spare to flip Iowa blue – before midnight tonight to defend our Democratic Senate majority and protect our democracy? 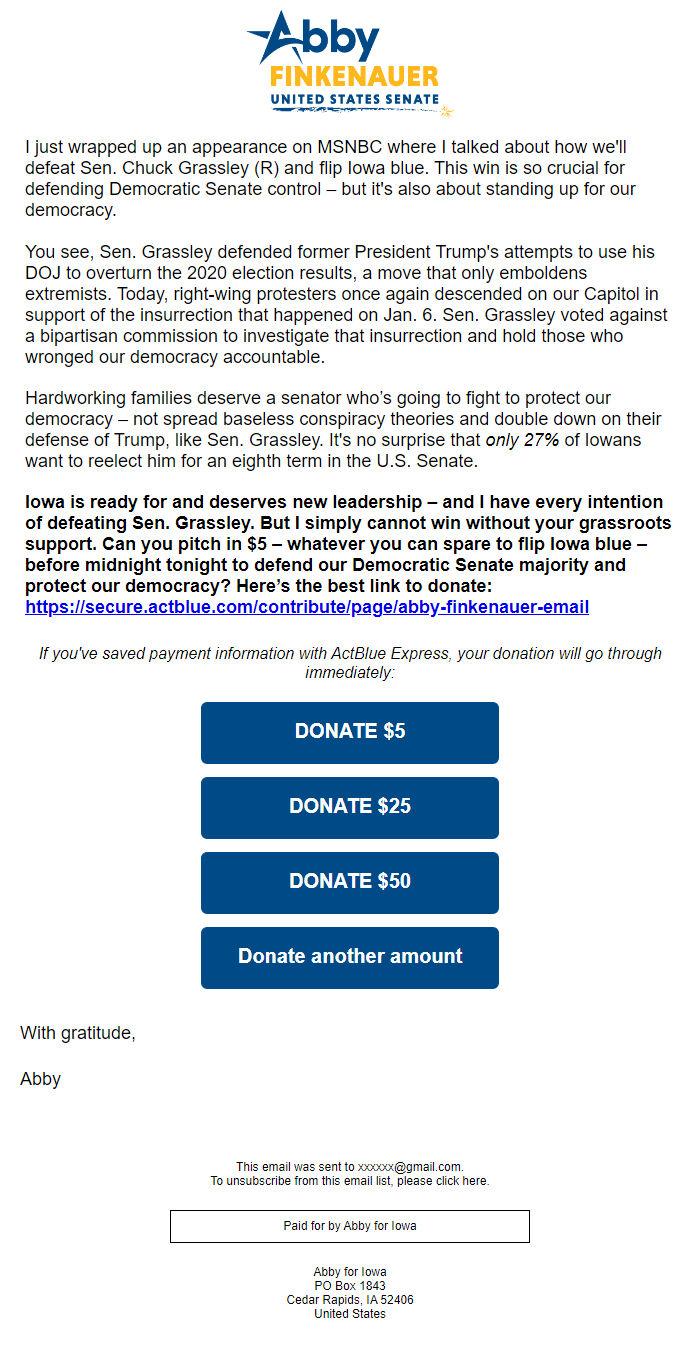