You may have heard, Donald Trump is coming right
to our backyard in Georgia tomorrow for a mega rally, where his
hand-picked primary challengers for lieutenant governor,
secretary of state, and U.S Senate will join him to spread more
Big Lies and disinformation.

This
rally is a test to see whether he can make another run for
president in 2024. He knows he can’t win the White House without
winning Georgia.

He’s also seeing how much influence he still has.
If his hand-picked candidates win, he’ll know Trumpism is here to
stay.

That’s why we need a surge of donations to show
Trump that Georgia doesn’t want him or his army of lies as
president. Will you pitch in today so we can show our strength
and persuade Trump not to run again?
( [link removed] )


We can stop him together,

Congressman Hank Johnson is a former defense
attorney, DeKalb County commissioner, small business owner, and
magistrate judge who now serves in Congress as a champion for the
middle class.

This email was sent to
[email protected] because we want to keep you fully
informed about Hank's persistent work toward better healthcare,
gun safety reform, quality education, and well-paying jobs.


If you prefer, contribution checks may also be
mailed to Hank's campaign office at: 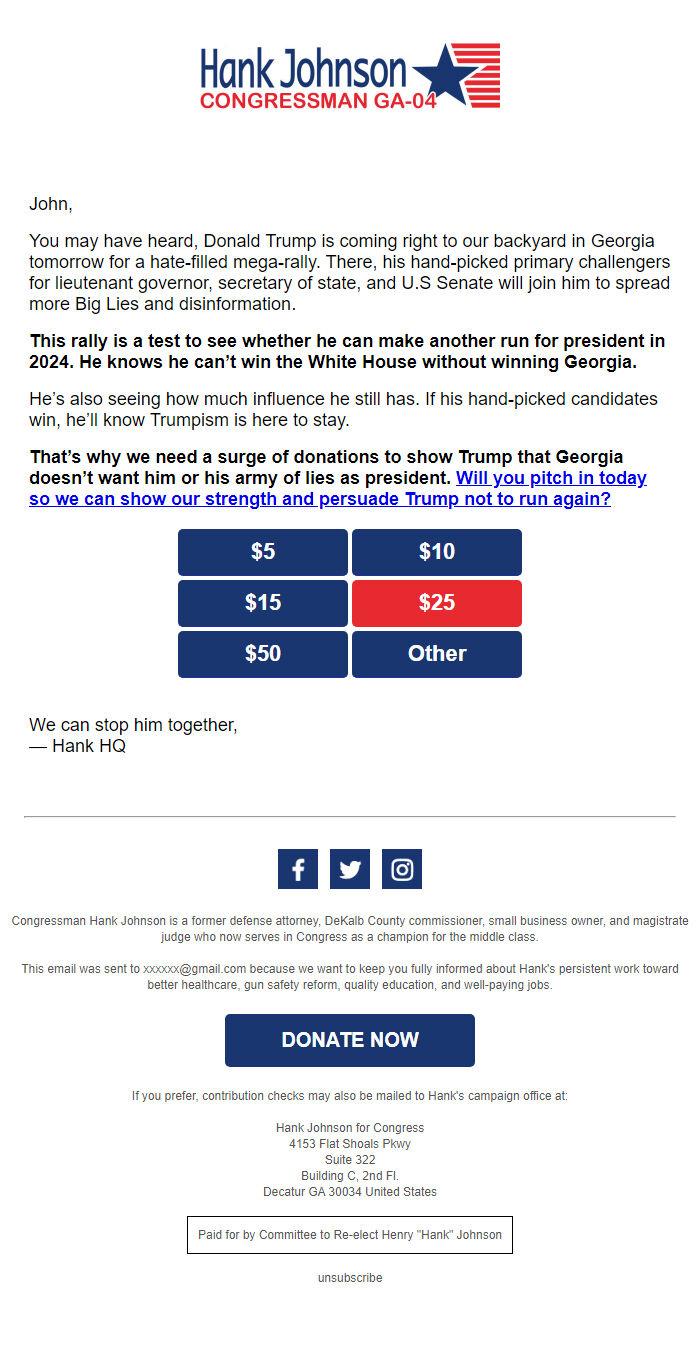