I’m sure you’ve heard that Congress is negotiating right now over key measures within the reconciliation package -- the $3.5 trillion investment in human and physical infrastructure -- known as the Build Back Better Act. These negotiations could mean the success or failure to include climate action, voting rights, universal pre-k, and a fairer tax code in the final bill.

Hank is burning the midnight oil, fighting tooth and nail to keep those important measures in the final bill. But he’s up against giant corporations that are leaning on legislators to give them breaks at the expense of the American people.

It won’t be easy, but Hank’s never shrunk from a fight before. He doesn’t have time right now to fundraise, so I’ll ask: Will you chip in just $10 or more today so we can get back on track to meet our end of month deadline?

I checked our numbers yesterday and we missed our mid-month fundraising goal. That means we aren’t on track for the end of the month, which is particularly important because the end of September is also the end of the quarter. After that, I have to put together our FEC filings that are publicly released. Georgia Republicans are licking their chops, and I want to show them our strength.

Will you support Hank’s hard work fighting for you by donating today so we can show our strength before the end of the quarter? 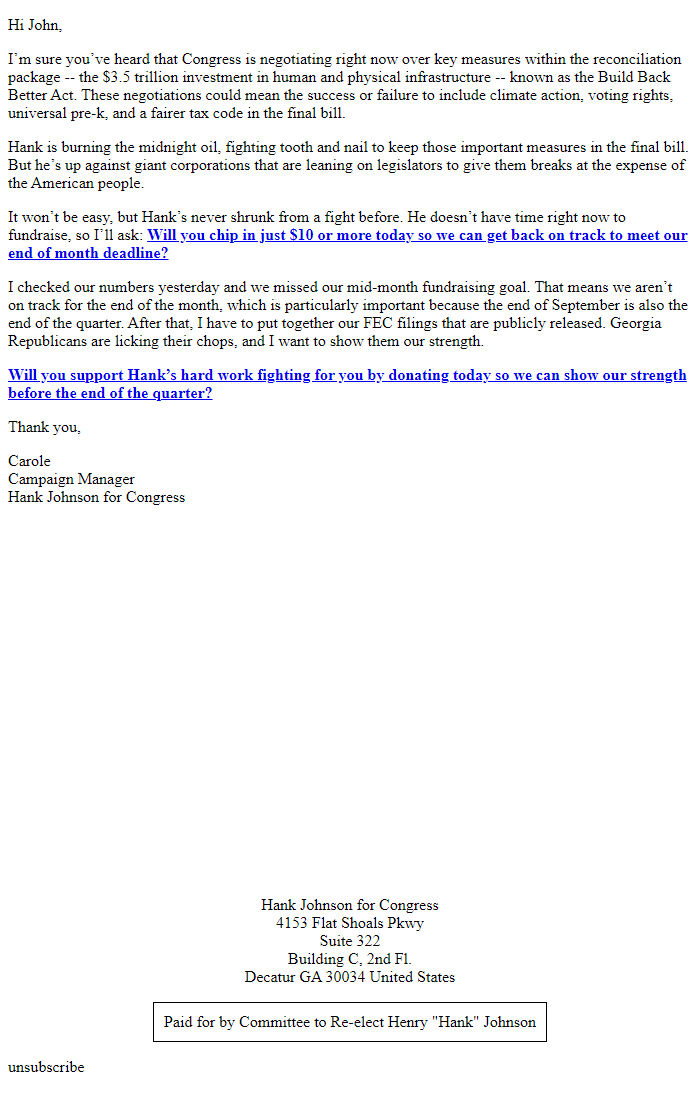