The only way to stop the spread of Trumpism is by stopping it dead in its tracks. Terry can do it -- but he needs your help. Can you step up with a contribution of $20 or more right now to help the Virginia Democrats fight back against Trumpism? [[link removed]]

When you’ve been fighting a common enemy like Terry and I have for decades, you become like brothers. I’ve seen him fight and I know what he’s capable of.

I’ve also seen Republicans grow stronger, meaner, and more reckless in their politics. We all have.

Here’s what I know: Terry knows how to stop the Trump-style candidates we’re seeing from the other side.

I hope you’ll join me in supporting him. 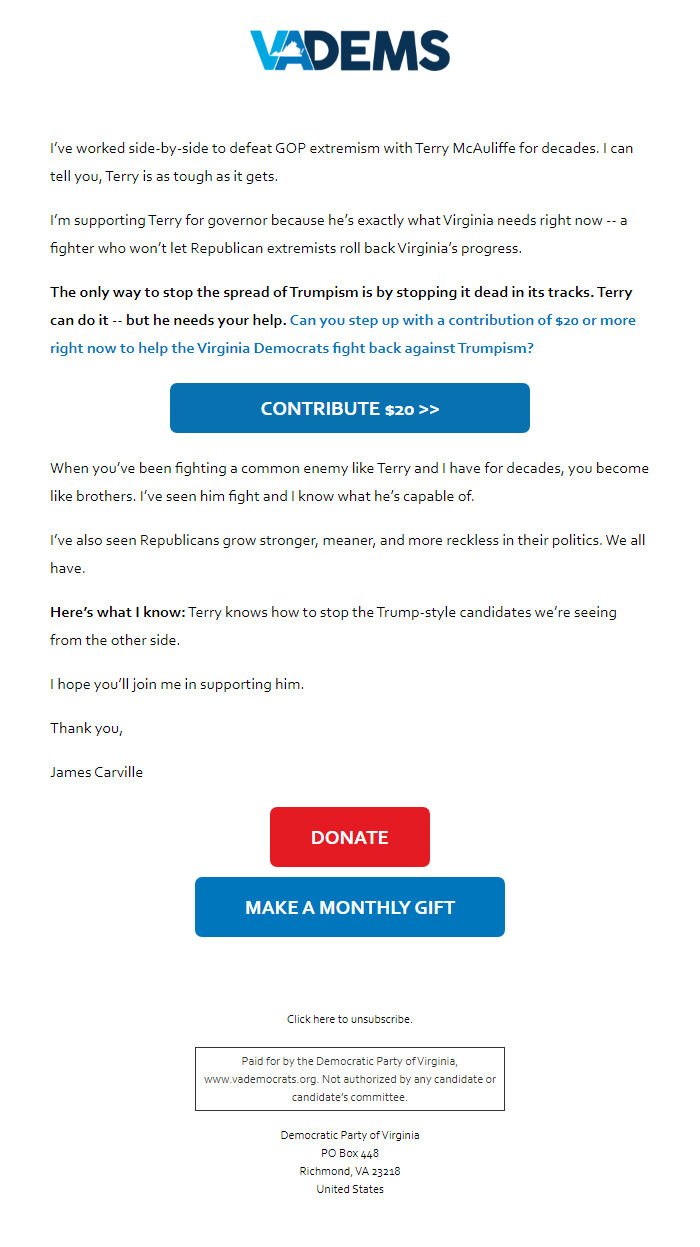