The recent stories of corruption at City Hall have sickened me. I won’t stand for it and it’s why I’ve worked over the last year to pass sweeping anticorruption legislation.

Last month, my legislation to reform how the City awards grants to outside agencies passed unanimously. After learning that city departments issued 5,746 grants totaling $5.4 billion over the past three years without any oversight or accountability, I authored legislation that creates an open and competitive solicitation process.

Prior to that, I passed the “No GRAFT Act” which closed a loophole that was exploited by the former head of Public Works to award contracts to recipients without open competition or transparency.  I also passed legislation reforming the structure of the Behavioral Health Commission over allegations of mismanagement, misappropriation of funds and lack of transparency by the non-profit overseeing the commission.

The bottom line is this: We need more accountability from our city departments and any agency receiving city dollars.  San Franciscans’ confidence in their government has rightly been shaken, and I fully intend to do everything I can to restore it.

Please consider donating to my re-election campaign so I can continue to be champion for our community and for honest government. Click here to donate now. <[link removed]>

Thank you for your continued support. 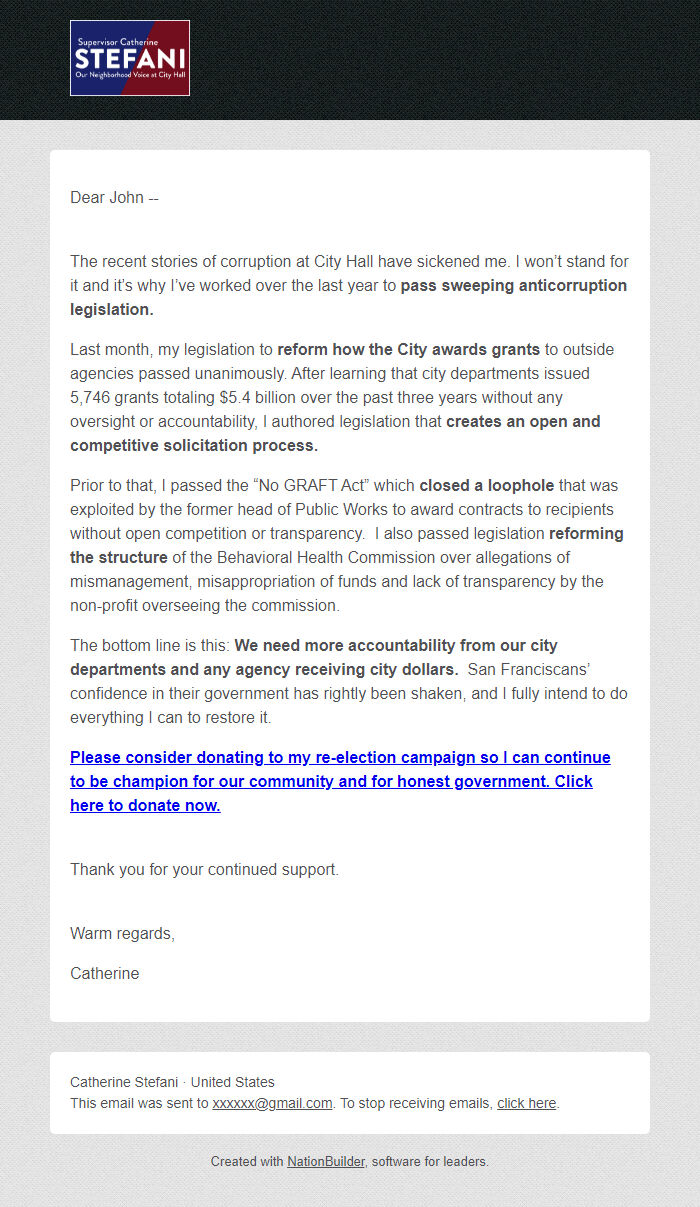