My friend and colleague, Sen. Catherine Cortez Masto is up for re-election and back in 2016, her race came down to just two points. We can expect it to be just as competitive this time around as Mitch McConnell and Washington Republicans work to win the one seat they need to retake the Senate Majority.

CNN says Nevada is one of 10 Senate seats most likely to flip next year, and election forecasters at Cook Political Report recently downgraded Catherine’s chances of winning re-election. Catherine is counting on grassroots support to beat the odds -- will you split a contribution between her campaign and mine before the end-of-month deadline? [[link removed]]

If you've saved your payment information with ActBlue Express, your donation will be split between Catherine Cortez Masto
and Thomas Carper:

We’re building a grassroots organization to send Democrats to victories next year, but it’s not just about winning for the sake of it -- it’s about who we send to the Senate.

And Catherine is an indispensable champion for Nevadans and our country.

Together, Catherine and I introduced legislation that would invest in clean vehicle charging infrastructure so we can increase the number of electric and fuel cell vehicles on the roads, create jobs, and reach our climate goals as a country.

Catherine is the tireless leader we need in the Senate, and her race will be crucial for defending our Senate Majority. Please consider splitting a contribution between Catherine’s campaign and mine before the end-of-month deadline. [[link removed]] 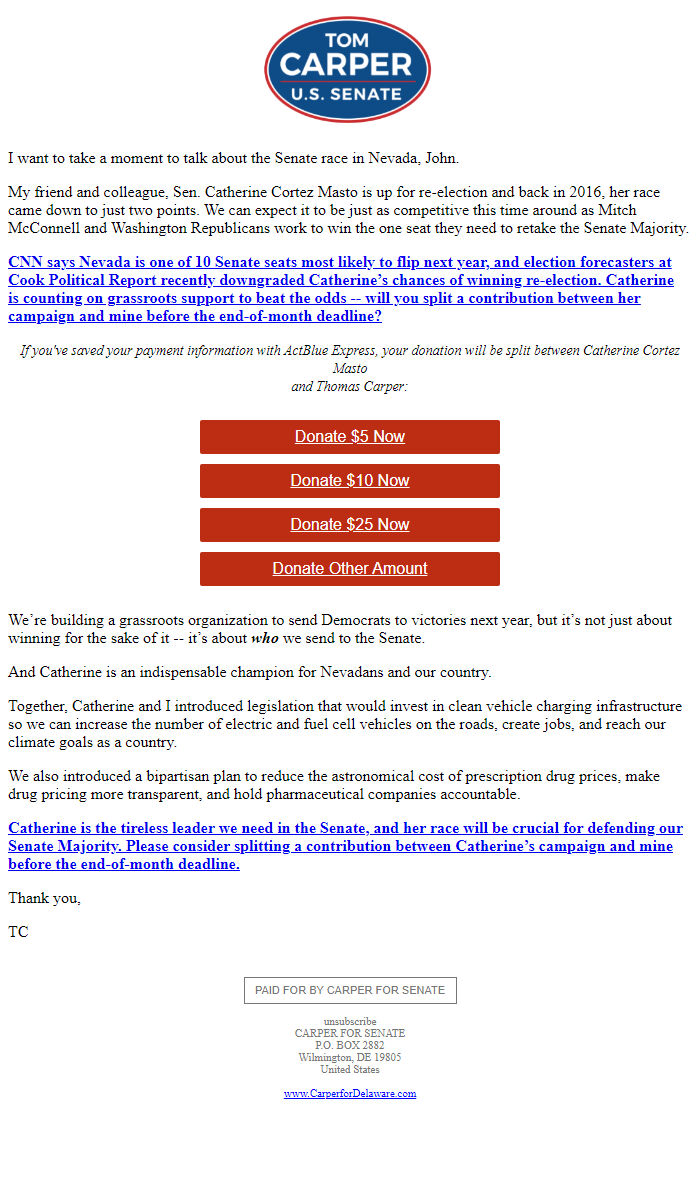