[URGENT]: SB7 is back next week

Texas Democrats successfully blocked the bill from passing, but Greg Abbott and Texas Republicans haven’t given up on trying to suppress the vote. Next week, in a special session, Texas Republicans are going to try to push SB7 again.

This is an all hands on deck moment. Please rush a donation to support our work to stop this bill and defeat Republicans who are trying to suppress the vote. [[link removed]]

With your support, Texas Democrats were able to block Republican attempts to suppress the vote. But now we need your support once again. Greg Abbott is determined to pass this bill and keep Republicans in power — but with an overwhelming response, we can defeat this bill again.

It’s time we defeat and remove corrupt self-serving politicians who are trying to rig the rules to stay in office. We MUST protect voting rights and our elections in Texas. I hope you’ll join us.


[ PAID FOR BY PEOPLE FIRST FUTURE ]

This email was sent to [email protected] If you need to remove yourself from our email list, go here to unsubscribe → [link removed]

Email us at [email protected] 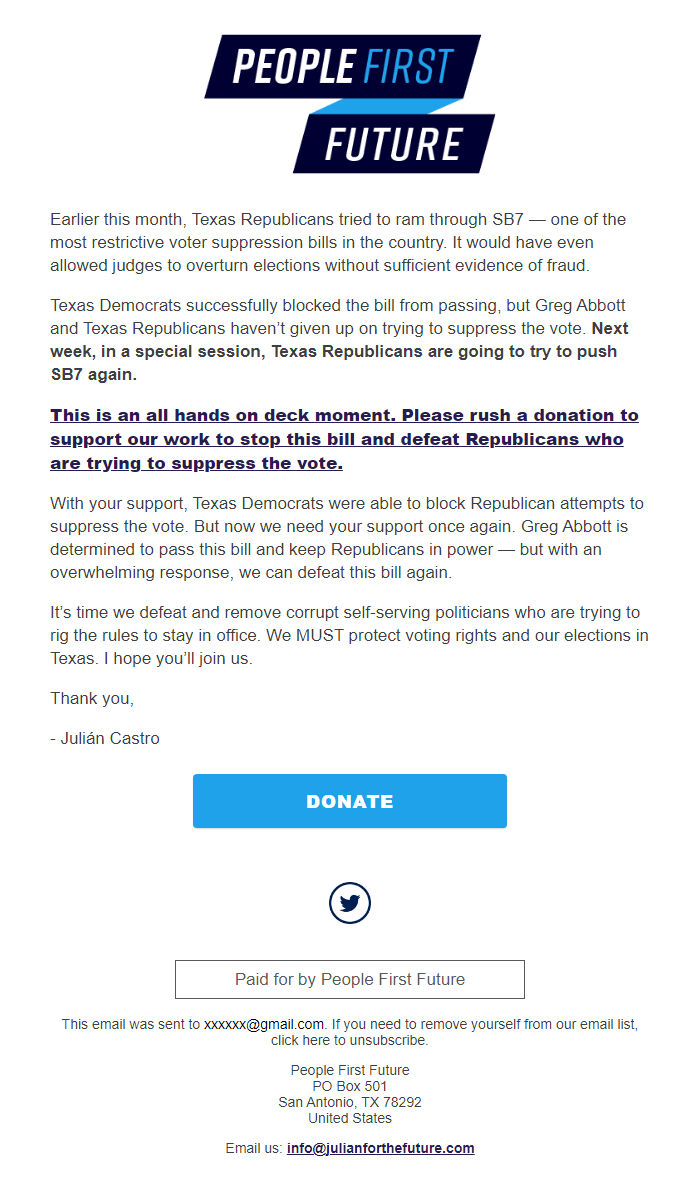