PETITION: Add Your Name to BACK THE BLUE!

The numbers are
staggering and EXTREMELY concerning.

A new report is out detailing
rising violence against police officers in our country. The liberal
media that parrots the left’s dangerous “Defund the Police” rhetoric
refuses to report on it.

Ambush attacks against law enforcement are
up 50 PERCENT over last year at this point, with more than 130 officers
shot so far in 2021.

Governor Kemp is proud to Back the Blue. That’s
why he pushed for and signed into law a bill (HB 286) to BLOCK efforts
to defund law enforcement in Georgia.

He will not be intimidated by
the left-wing MOB. He will not allow these “Defund the Police”
politicians to leave our most vulnerable communities and citizens at
risk!

Today, we’re asking you to show where YOU stand, Friend.
[link removed] Tap or click to
sign our BACK THE BLUE PETITION now >>>

Do you support our men and
women on the front line to protect and serve?

Enough is enough of the
left’s refusal to stand with law enforcement.

It’s time for ALL of us
who support our police officers to stand up and speak out!

Thank you
for taking a moment to add your name. 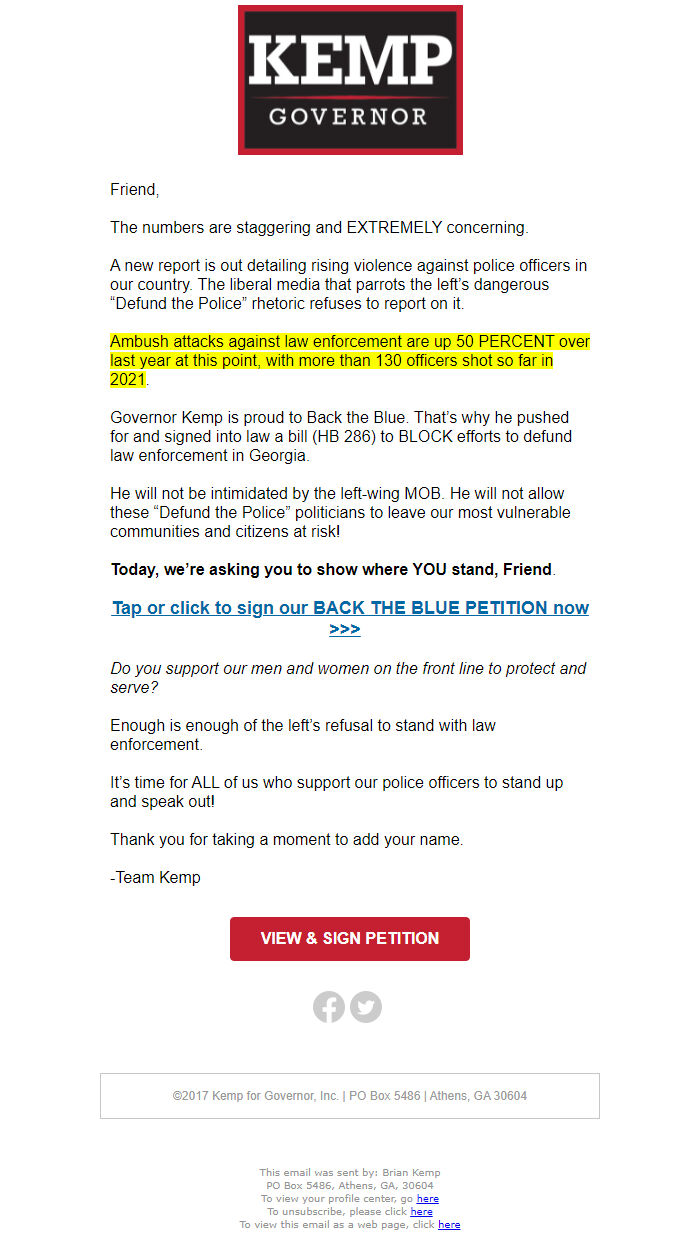