Sign if you agree: Should Congress go big on health care?

For a health care system that has deep, systematic challenges – this number is pretty staggering. And it’s also hopeful. It demonstrates what happens when the power of the federal government is put to work – to its full capacity – for the American people.

Even still, while record numbers of Americans have received COVID vaccinations at no cost, tens of millions of Americans lost their jobs and – because their coverage was tied to employment – lost their health insurance as well. Now that the federal government has demonstrated its capacity and efficiency on the vaccinations front, it must overhaul the American health care system so that nobody goes without care.

There’s so much that needs to be done to fix our health care system – but now that the United States finally has the momentum from COVID vaccinations, it’s imperative that the federal government leverage that momentum to expand and improve health care in America.

If you agree, we’re asking you to take action to urge the federal government to do just that. We’ve put together a petition calling on Congress to take bold action to fix our health care system – and we’re counting on you to add your name.

TAKE ACTION: Sign the petition to urge Congress to enact big, real, and lasting change in our health care system!

Paid for by Civic Action 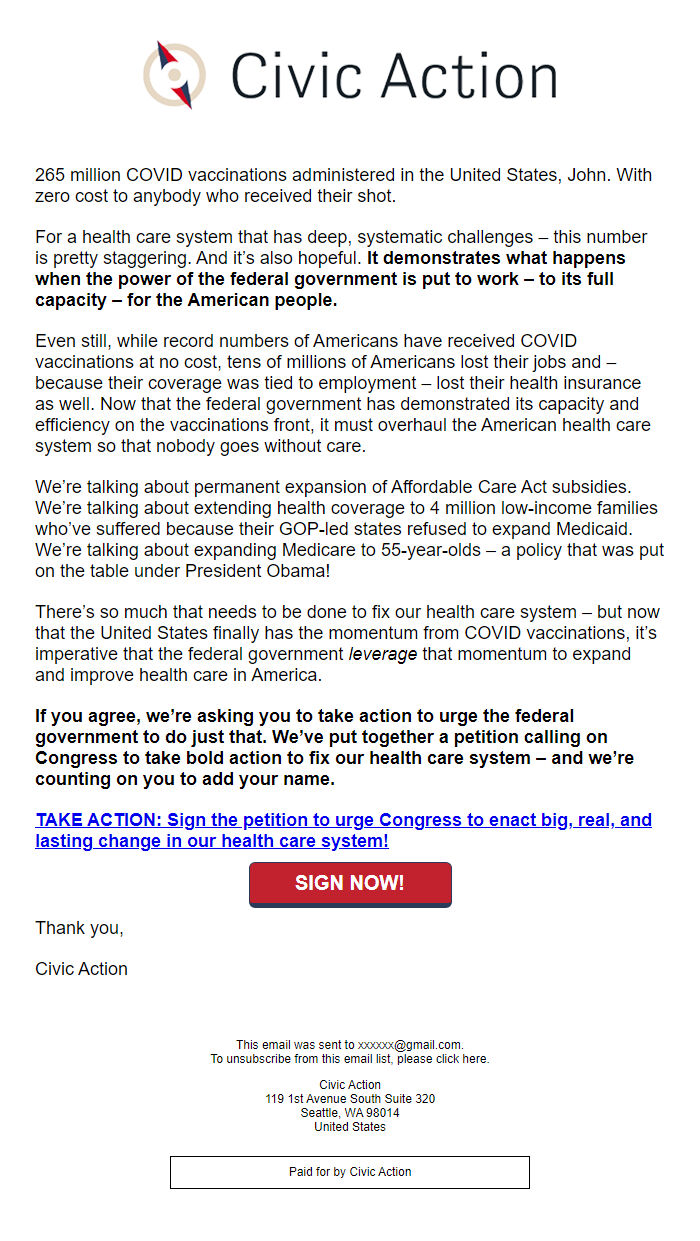