Today is the anniversary of the infamous "Santa Clara" Supreme Court decision that created "corporate personhood" as we know it, paving the way for over a century of escalating abuses from robber barons and capitalist enterprises.

So at 4pm Pacific / 7pm Eastern we invite you to join Cam Gordon, City Council Representative for Minneapolis Ward 2, to discuss why we must elect folks who reject ALL corporate money and will fight for REAL PEOPLE! <[link removed]>

Cam is an elected Green who has served on the Minneapolis City Council since 2006. Learn how Cam fights on behalf of Greens and progressives every day and how YOU can support his re-election this November at camgordon.org <[link removed]>. <[link removed]>

See you tonight at 7pm ET,
The Green Party of the United States 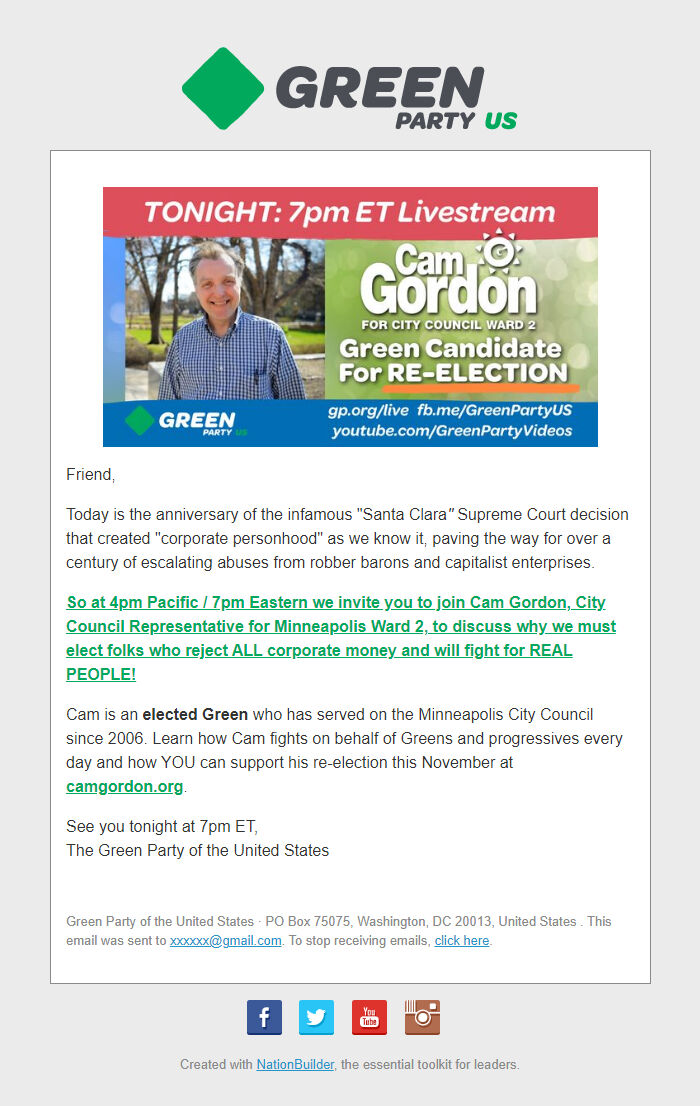