_Sales and use tax collections_

"The figures included in the monthly general revenue report represent a snapshot in time and can vary widely based on a multitude of factors." 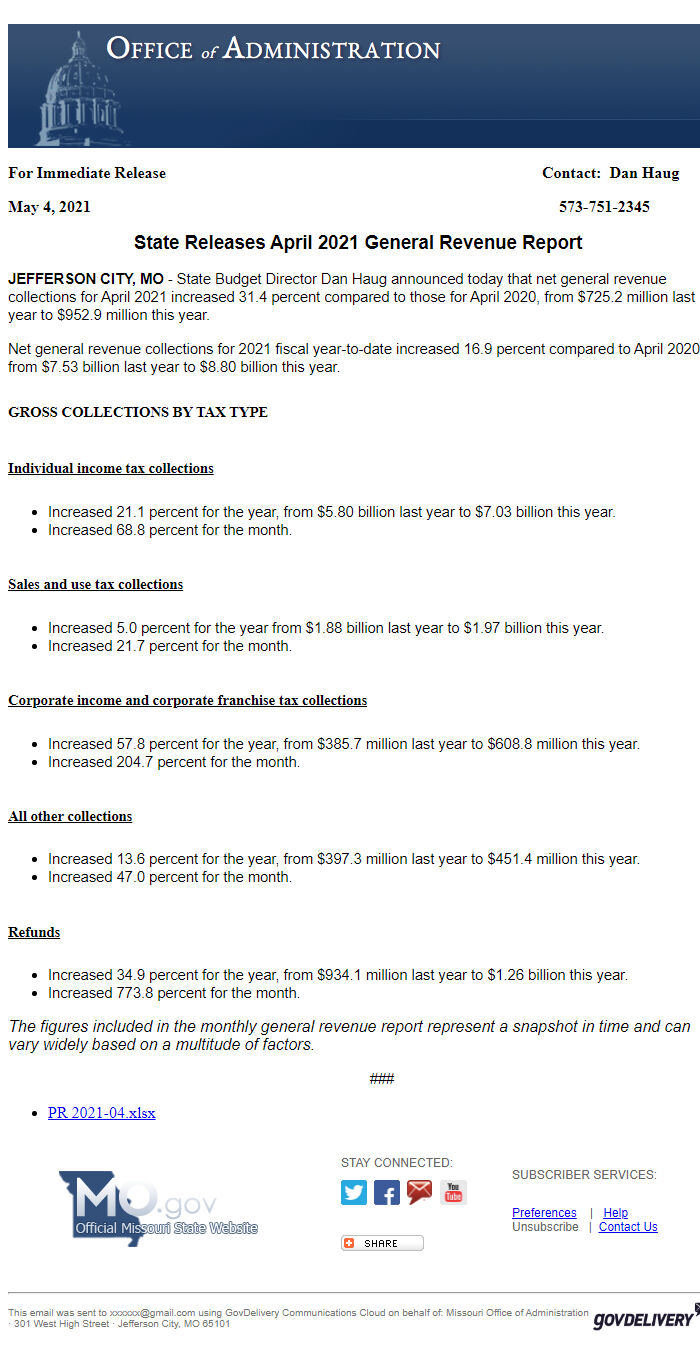