Yet, for the past few years, leftist activists, megacorporations, social media titans, Hollywood elites, and the mainstream media have been silencing speech they don’t like.

If they don’t like it, they censor it. If it offends them, they cancel it and the person or the organization saying or posting it. We see it time and again in our own interactions and even in our private Facebook group.
Stand Up for Free Speech ([link removed])
According to the American Bar Association:

“The Supreme Court has held strongly to the view that our nation believes in the public exchange of ideas and open debate, that the response to offensive speech is to speak in response. The dichotomy—society generally favoring free speech, but individuals objecting to the protection of particular messages—and the debate over it seem likely to continue unabated.”

The ABA references the college campus controversies regarding free speech as an example of “freedom of speech in flux.”

As the ABA noted, “contrary to widely held misimpressions, there is not a category of speech known as ‘hate speech’ that may uniformly be prohibited or punished.” While some people may hate certain speech, it does not mean it is hate speech, despite the radical actions being taken in today’s cancel culture.
Stand Up for Free Speech ([link removed])
Today’s cancel culture is becoming increasingly more toxic. And it’s resulting in less access to information that is necessary for a healthy society and well-balanced dialogue.

In the case regarding former President Trump’s blocked Twitter account, “a federal judge ruled that blocking access to individuals based on their viewpoint violated the First Amendment.”

We cannot let FREE speech get CANCELED. We must protect the most sacred American value of free speech before it’s too late. 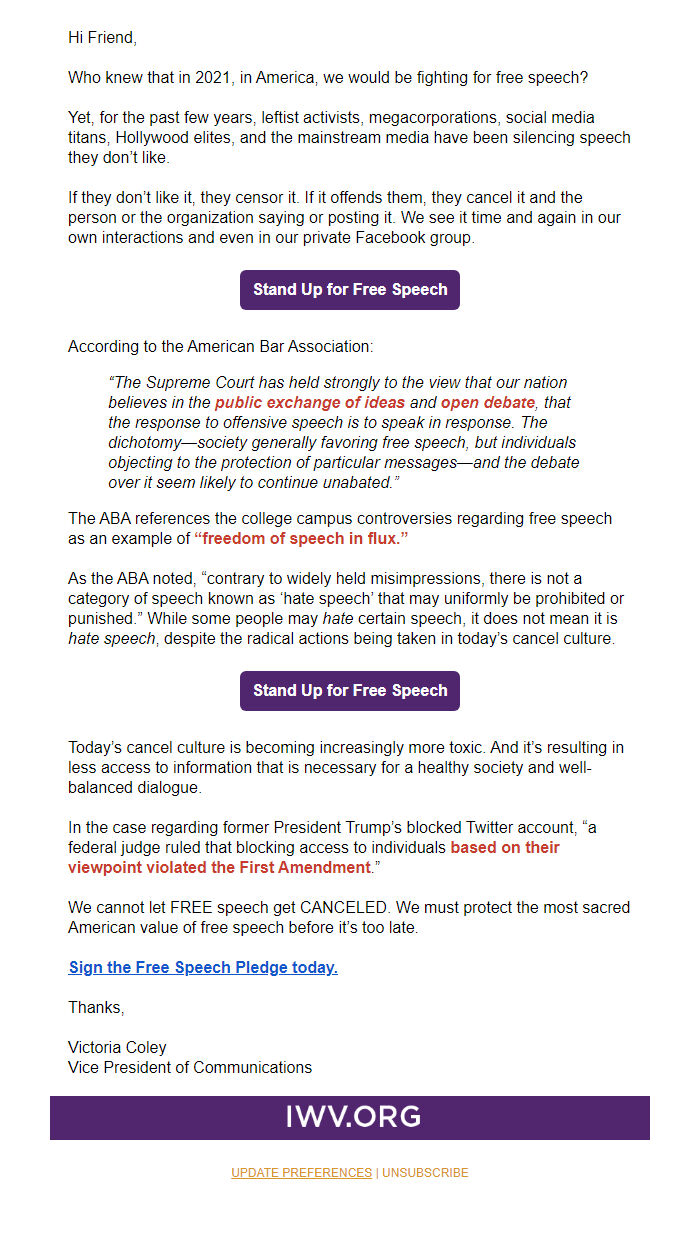