There is no doubt that there is a gun violence epidemic in our country because these types of devastating mass shootings have been going on long before Atlanta and Boulder. They’ve been going on for far too long.

What was once unthinkable is now a tragic routine in our country.

We can and we must do better. Will you add your name to mine and join the call for commonsense gun-safety legislation? [[link removed]]

The House recently passed a measure that would require background checks on all gun sales and would help prevent gun violence. Now, the Senate must bring it up for a vote.

But we can’t stop there -- I’m co-sponsoring bipartisan legislation and would allow states to use existing laws against individuals who lie on background checks in order to buy a firearm.

Commonsense measures like these won’t infringe on Americans’ Second Amendment rights, but they will make our communities safer. And that is paramount, because no one should be afraid to go to the grocery store, to work, to school, or to their place of worship.

We must take action. I know I’m not the only one who feels this way -- it wasn’t that long ago that young people marched across the country demanding action on gun violence, and an overwhelming majority of Americans support background check legislation.

If you feel this way, too, please join our movement for gun safety and demand action. Add your name today. [[link removed]] 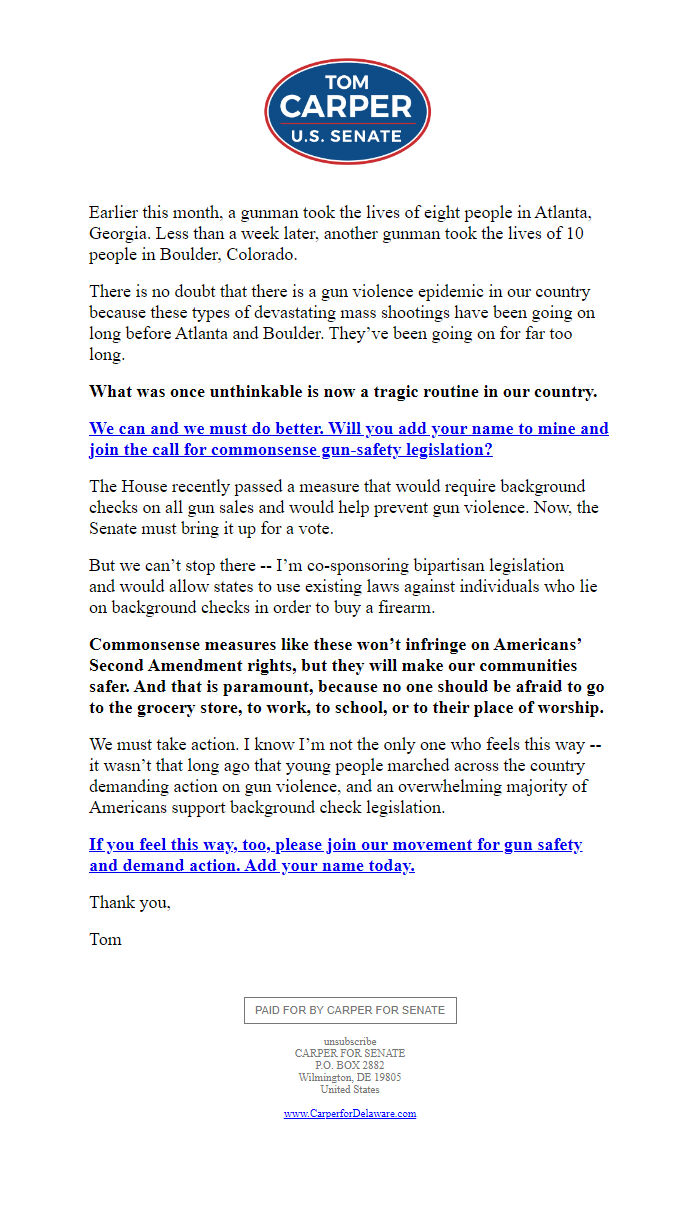