Today, I am holding the families of those murdered in Boulder, Colorado in my heart, and I am praying for the survivors and families whose lives are forever changed.

I am thankful for the law enforcement officers and first responders who arrived on the scene to respond to the chaos and violence. Tragically, Boulder Police Officer Eric Talley, who was reportedly the first on the scene, was murdered as he did his duty, trying to save the lives of his neighbors.

This tragedy occurred just days after the shootings in Atlanta, Georgia, where eight people — including six Asian American women — were murdered.

While law enforcement continues its investigations, one thing is clear: we must do more to reduce gun violence and protect our communities.

And as such, I wanted to ensure you are aware that the House of Representatives again passed the Bipartisan Background Checks Act earlier this month. This bill is a vital step forward in enacting commonsense laws that can keep our communities safer, protect first responders, and reduce gun violence.

This message was sent to [email protected] 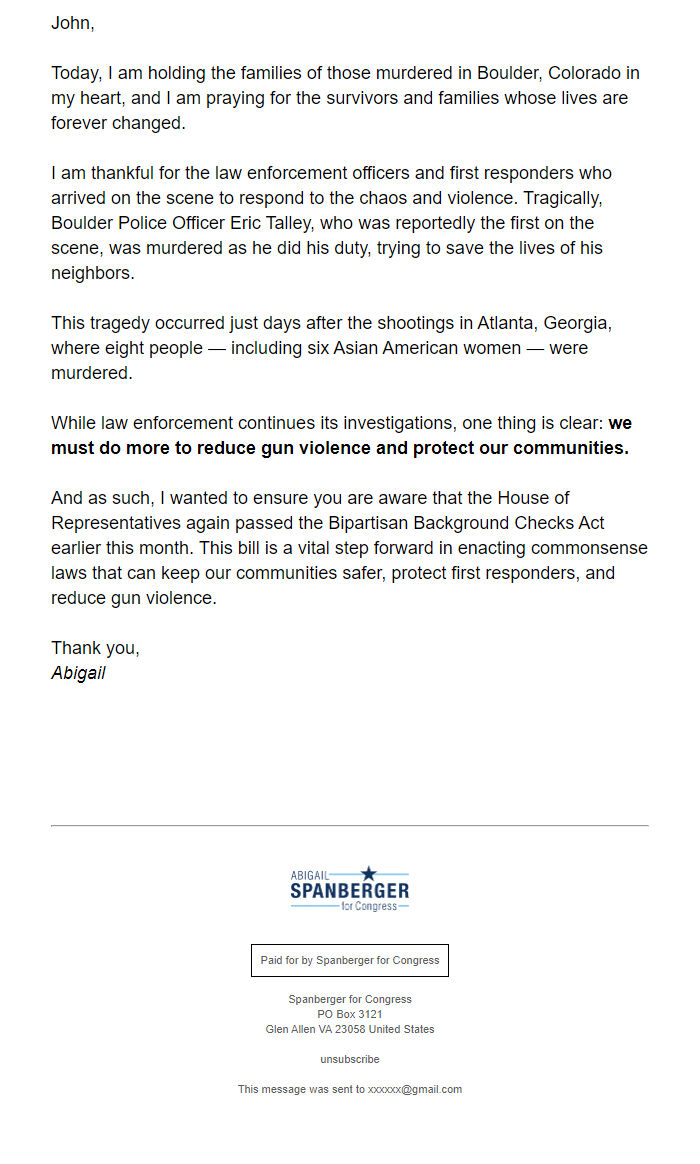