But right now, the more than 700,000 people who live in our nation’s capital are being denied full participation, despite having a tax-paying population equal to or larger than several states. For far too long, Republican politicians have blocked residents of the District of Columbia from having true representation in Congress – and we can’t stand for it any longer.

The lack of Washington, D.C., statehood and the makeup of the Senate is emblematic of a much larger problem for representation: Despite Democrats representing tens of millions more constituents – and, in 2018, winning an overwhelming 54% of all Senate votes nationwide, the Republican Party still holds on to half of the seats in the U.S. Senate.

This power imbalance means that a block of lawmakers representing slim factions of the American people can thwart policies that are supported by the vast majority of Americans. In addition to being the right step for democracy, D.C. statehood would help balance out an inequity of power in the Senate.

Today, we’ve put a petition together to demand just that. With democracy on the line – as well as the future of fair governance – will you please add your name calling on Congress to accept Washington, D.C., statehood? We need 750 more petition signatures before 11:59 p.m. tonight.

Paid for by Civic Action 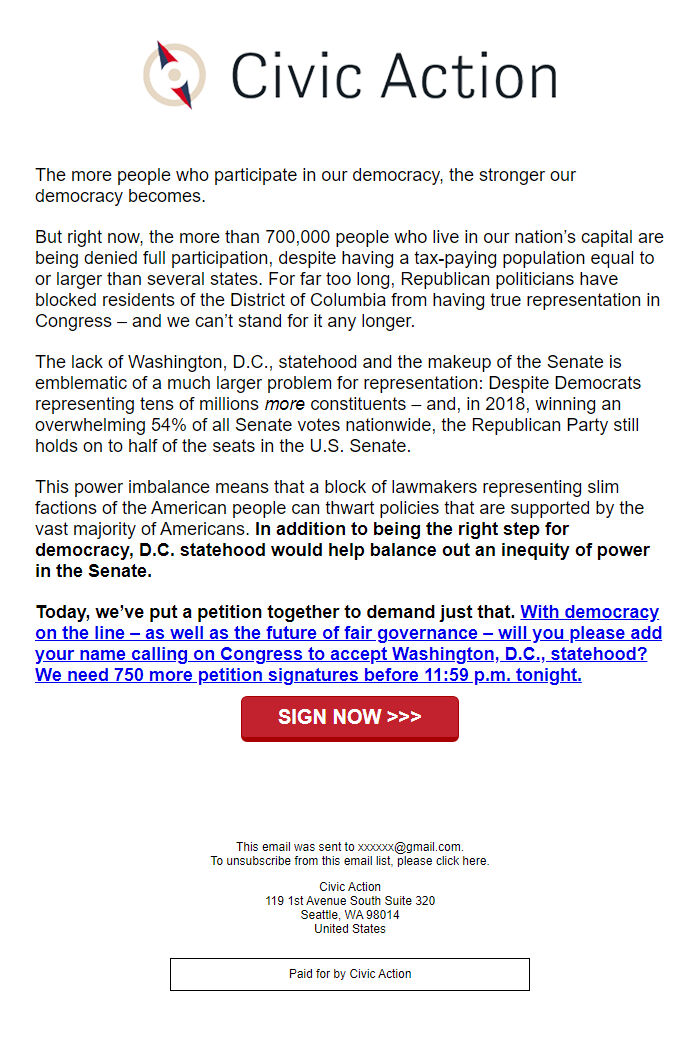