Well, John, he still hasn't released a position, but he has started a commission on Supreme Court reform. That's why we must step up right now to fight back, John.

So far, Joe Biden's administration hasn’t been about unity, it’s been about trying to steamroll conservatives. We can't sit back quietly while Joe Biden tears down the Supreme Court and turns it into a liberal super-legislature.

[SAVE SCOTUS - CHIP IN $10 NOW] [link removed]
Joe Biden won’t be held accountable by the mainstream media, which is
why we need your help to bolster John Barrasso’s efforts to defend the Supreme Court.

Will you do your part to save our critical institutions?
[SAVE SCOTUS - CHIP IN NOW] [link removed] [link removed]
PAID FOR BY FRIENDS OF JOHN BARRASSO 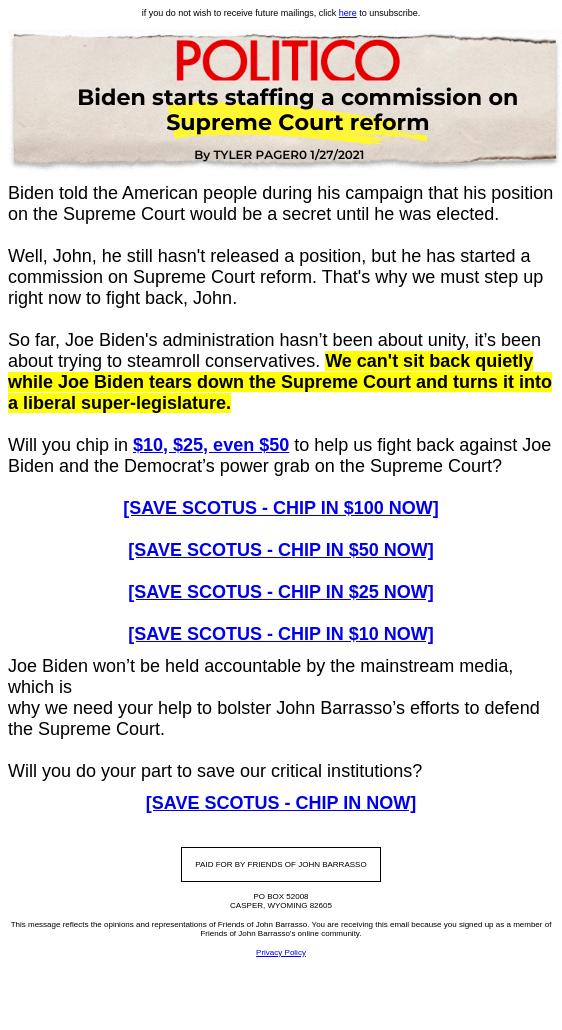