Just this week, we learned that:

While we may not be able to control the actions of Perdue and Loeffler, we CAN do one thing.

We can raise enough to win this fight. With your help, we can make up this difference.

By donating to our secure ActBlue page, we can raise enough to end Republican control of the Senate


If you've saved your payment information with ActBlue Express, your donation will go through immediately and benefit The Democratic Coalition: 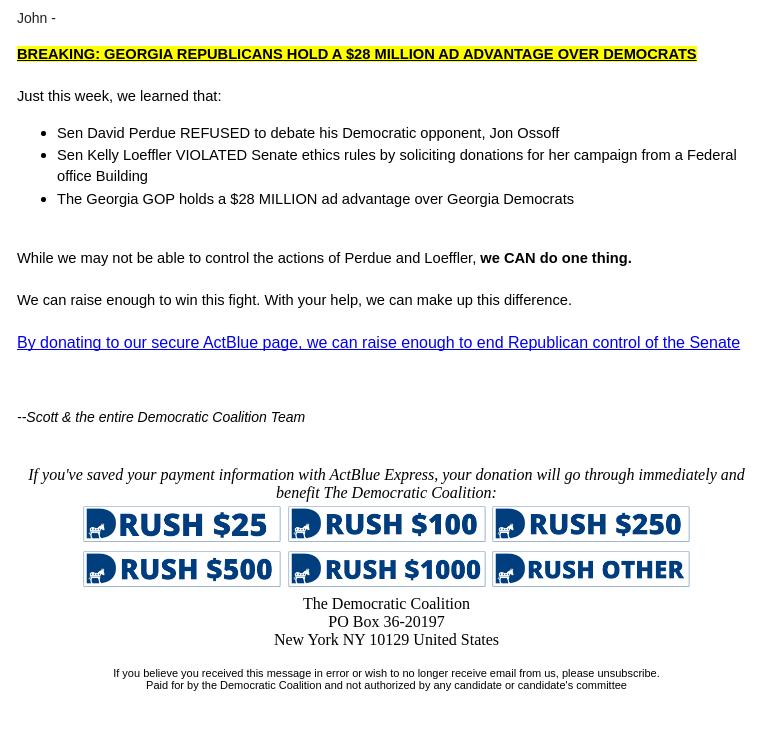