The polls have closed. Maybe election results will become clear tonight, but most likely they won’t. One thing is for certain—everyone who has cast a ballot should have that ballot counted.

Voter suppression efforts have been relentless in this election cycle, and they might ramp up tonight as lawyers file motions to disqualify ballots, and others file motions to count them. And we’ll probably be hearing a lot from the candidates and campaigns on both sides of that fight.

We have said all along that democracy is on the ballot this year, along with the truth itself. Those who argue that votes shouldn’t be counted will be using many dishonest arguments to justify their voter suppression agenda.

We cannot and will not let these suppression efforts thwart the will of voters. Here are resources you can use to join the fight to COUNT EVERY VOTE:

People have fought and died for the right to vote, which still isn’t as universal in our country as it should be. But every vote we protect today is another victory in the long march to the democracy and government we want and deserve.

Thanks for voting, for working to protect and expand voting rights and voter participation, and for all you do to promote racial, gender and economic equity. Let’s see this through to victory. 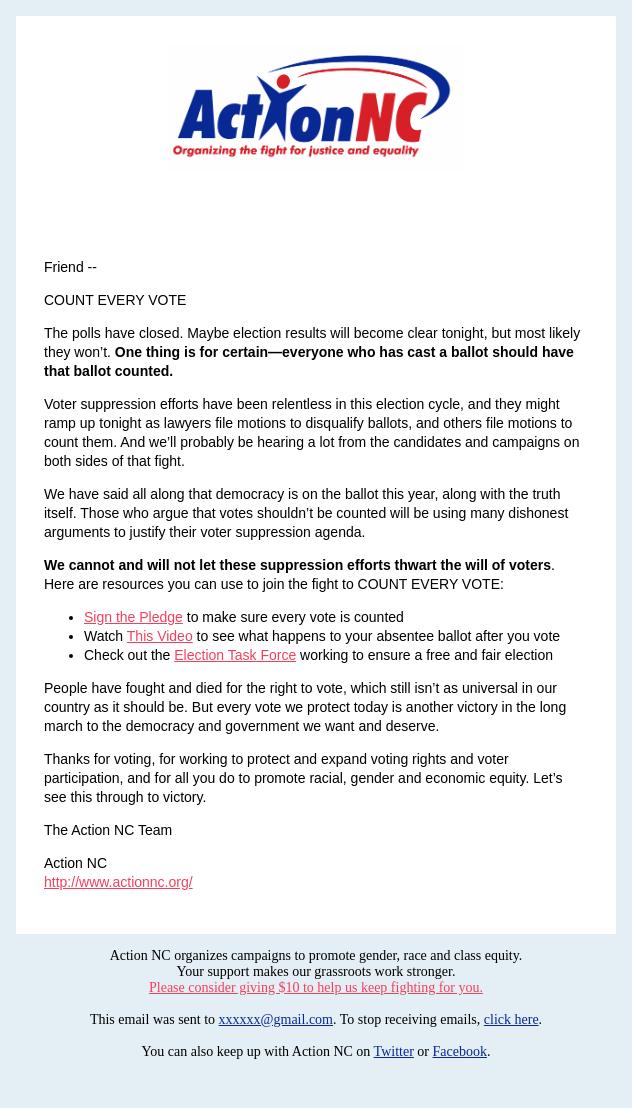