I'm Under Attack From The Far-Left Media

I'm under attack from the far-left media:

The media and my opponent Sen. Chris Coons want to deflect from AntiFa and Black Lives Matter rioting by pretending the Proud Boys are dangerous.

Stand with me against the far-left mob by contributing to my U.S. Senate campaign today ([link removed]) .

Minneapolis, Chicago, D.C., Los Angeles, Kenosha, Louisville, New York City, Portland, Seattle: all of these cities - and many others - have been burned to the ground by AntiFa and Black Lives Matter, not the Proud Boys or "white nationalist" groups.

But telling the truth is a revolutionary act in the age of lies.

That's why they're attacking me so hard.

Thank you in advance for your generosity.

Stand strong with me by chipping into my campaign today ([link removed]) .

PAID FOR AND AUTHORIZED BY LAUREN WITZKE FOR U.S. SENATE

Our mailing address is:
*|PO BOX 490, Dagsboro, Delaware 19939|*
Want to change how you receive these emails?
You can ** update your preferences ([link removed])
or ** unsubscribe from this list ([link removed])
. 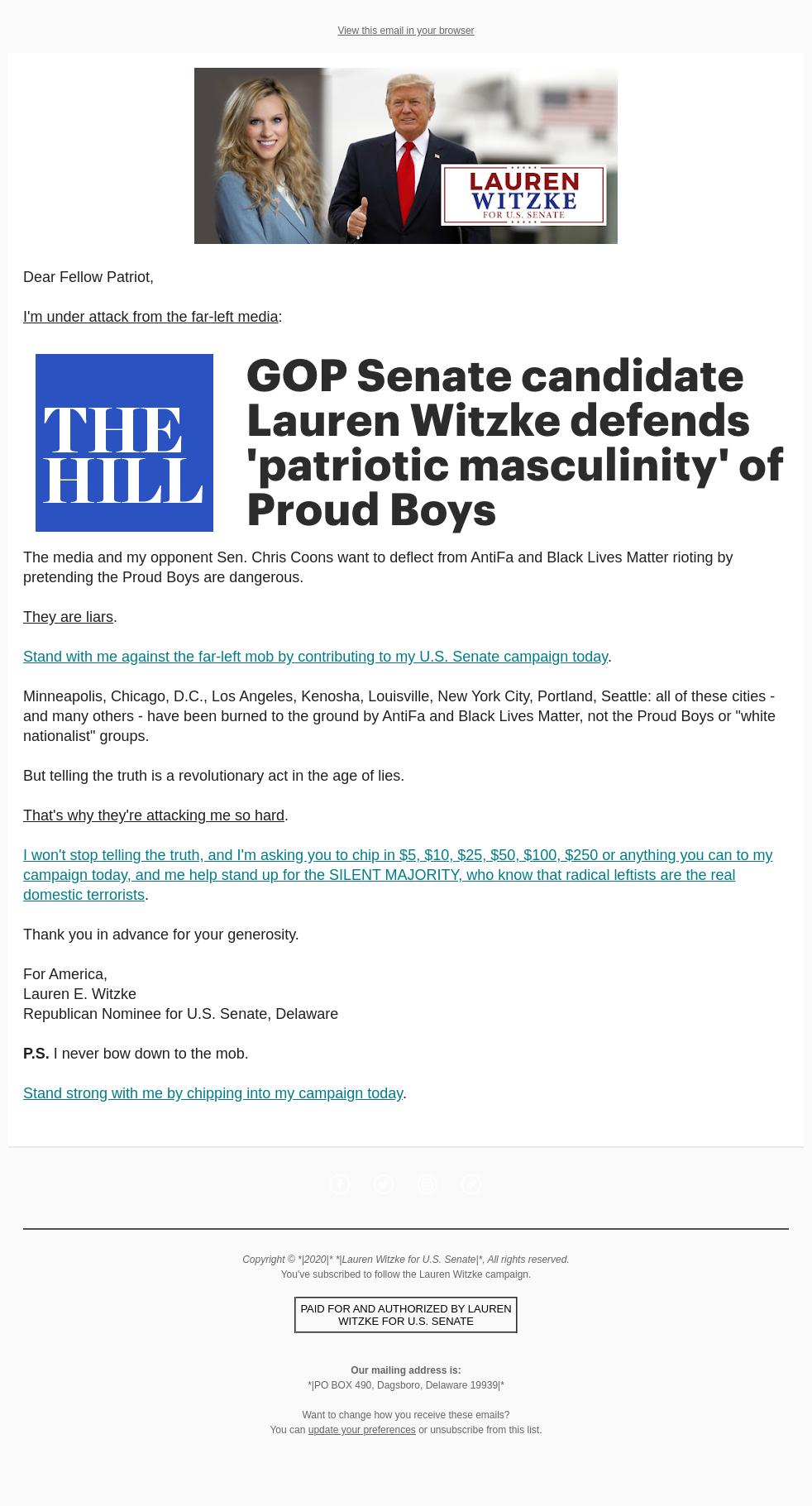