I was proud to stand with my friends Senator Cory Booker and Senator Kamala Harris to say we need to do better than start a debate with the deficient and limited bill proposed by Senate Republicans. At a time when people of all ages, races, and views across America are demanding real action on accountability and racism, the Republicans wanted to bring a bill to the Senate floor that doesn't even ban chokeholds outright.

That's wrong, and it's no way to address a national crisis. Instead, the Senate should start its debate by taking up a bill that includes real reforms on accountability, racial profiling, and transparency, and ends excessive force.

I hope the Senate gets the chance to act on that kind of bill soon, but Senator McConnell's bill is no way to meet this moment in our country's history.


This email was sent to [email protected] Click here to unsubscribe [link removed].

Contributions or gifts to The Reed Committee are not tax deductible.

Paid for by The Reed Committee 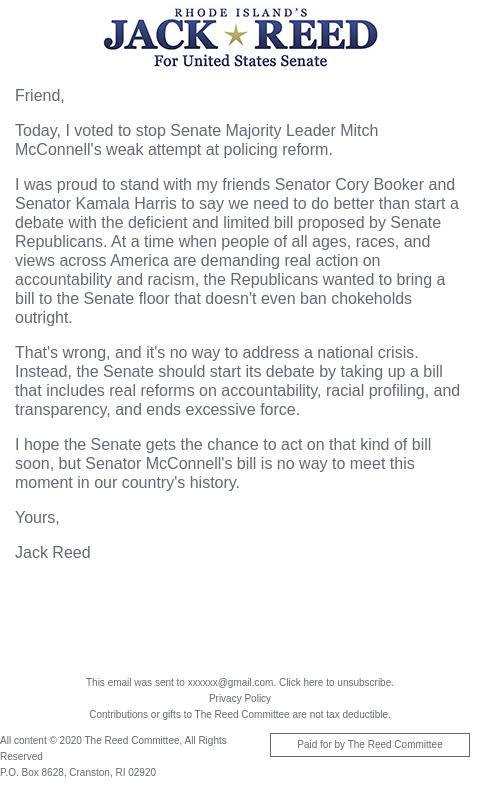