On February 14, The Advocate published a scathing report about Jeff Landry's private business dealings while serving as our Attorney General. The report raises serious questions about possible conflicts of interest.

That's why we're calling on Landry to release the names of the people and companies he has had private dealings with since becoming Louisiana's "Chief Legal Officer."

Join us today and add your name to our petition demanding Landry disclose the details of his private business deals. [[link removed]]

The report in The Advocate raises serious questions about ethics and transparency in the Attorney General's office. Landry has worked to expand his power while serving our state, and he as the responsibility to disclose any potential conflicts of interest. We know from his financial disclosure forms that he has a number of entitites doing business in our state, but we have no specifics on who he is doing that business with.

Add your name today and show that Louisiana demands -- and deserves -- transparency from our leaders. [[link removed]]

The Team at A Stronger Louisiana

Contributions or gifts to A Stronger Louisiana are not tax deductible. 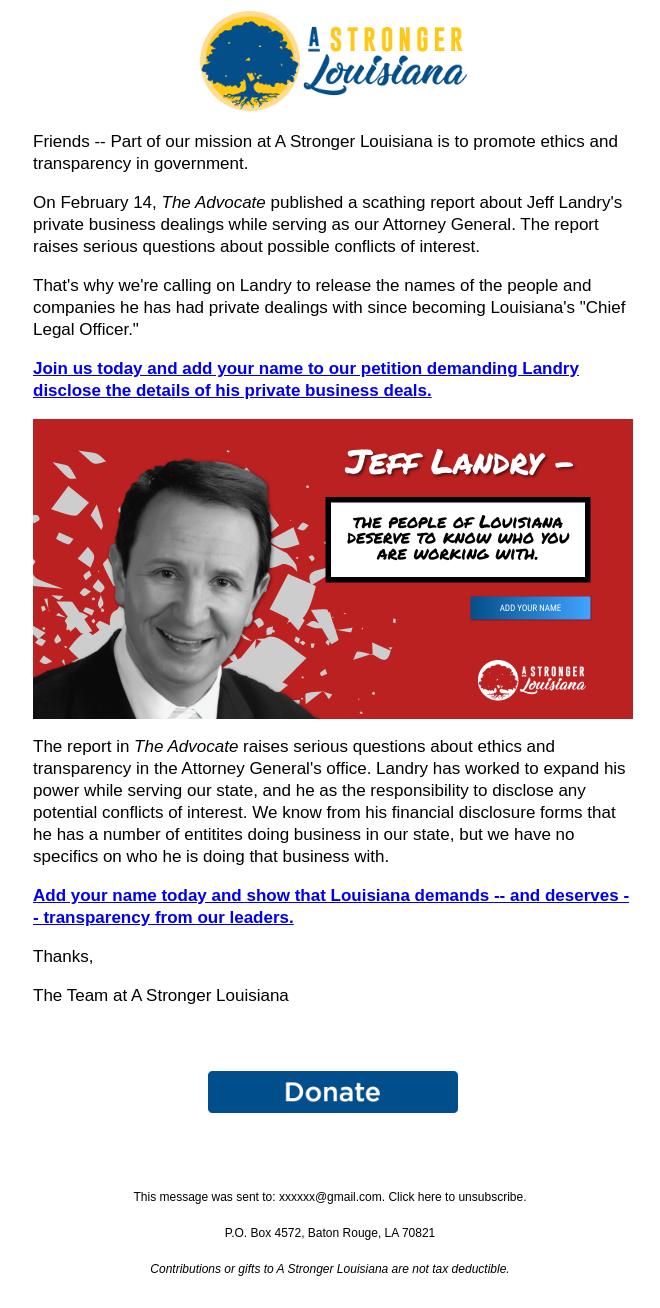